Head of state insurer and former minister bought a luxury car for his office using state funds and through a shady procurement with a single bidder. 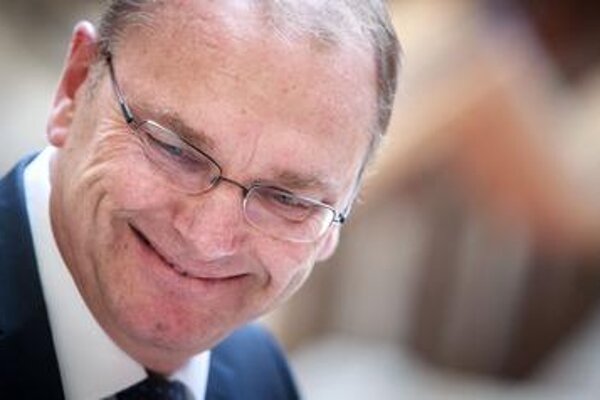 Head of the Sociálna Poisťovňa (SP) state social insurer, Ľubomír Vážny, is going to use a new Volkswagen Touareg, which he bought for his office for €53,000.

Moreover, the SP made a hasty procurement, with the tender taking place for only six days including a weekend, the Sme daily wrote on October 22. Almost 300 companies received the information on the tender via the electronic marketplace; however, the Auto Rotos – Rozbora company which ultimately was the only one to bid in the tender – and thus won – was not among them.

The social insurer defends the purchase, arguing that Vážny simply needs a powerful and safe car, and thus, it is no sensation or luxury. However, the car’s equipment includes also a strong engine, automatic gearbox, toned windows, heated seats and a sensor that automatically starts windscreen wipers, and thus can be deemed a luxury version.

SP refuses any accusations of discrimination in the tender and adds that the car was delivered as required, within seven days, and so Vážny was able to use it as of October 19. the insurers’s spokesman, Peter Višváder, told Sme that other bidders were allowed to complain or comment but no motions were recorded.

Deputy Speaker of Parliament and opposition OĽaNO MP Lucia Nicholsonová was the one who pointed to the expensive purchase and the questionable tender.