The European Union’s sanctions against Russia are pointless and do not work, Slovak Prime Minister Robert Fico said after the EU summit in Brussels on October 21. 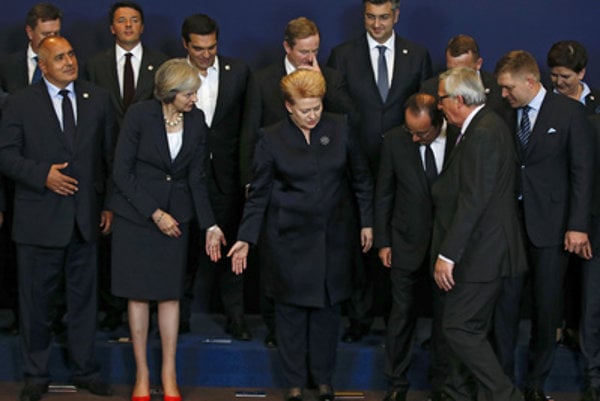 Summarising Brussels’ deliberations on foreign relations, Fico also said that the leaders focused mainly on the situation in Ukraine and Syria. In this context, he repeated that sanctions against Russia are pointless, which was confirmed also by other premiers at the summit who allegedly agreed that sanctions have seriously damaged the economies of their countries.

Slovakia’s and Russia’s mutual trade has decreased by 30 percent, Fico said as quoted by the TASR newswire, but he also admitted that this was not only due to the sanctions, even though they have affected the bilateral trade to a certain extent. He also stressed that sanctions have not made Russia change its actions towards Ukraine.

However, Fico pointed out that the unity of the EU comes first at the moment and that he is not a politician who wants to destroy it, and therefore he will support the Union’s united stance concerning the sanctions.

Regarding Ukraine, Fico criticised the double standards of Europeans, when on the one hand the EU wants to help Ukraine but on the other hand it is drafting projects, such as Nord Stream II, that would deprive Ukraine of at least €3 billion per year.

The events in Syria represent a chance for the EU to act as a decisive player, according to Fico, especially at a time when the US is bound by the upcoming presidential election, when the UN Security Council is “dysfunctional” and when Russia is engaging in the Syrian conflict.

“We cannot take our hands from it,” he said, adding that the conclusions of the EU Council are calling for the strict punishment of people who commit war crimes and violate international law, and there is also the EU’s commitment to monitor the situation in Syrian city of Aleppo where attacks on civilian victims are taking place.

Asked how he perceives the EU Council’s conclusions, according to which Russia is one of the allies of the Syrian Government that stand behind the attacks in Aleppo and has been found responsible as well, Fico stated that it is a “curious situation”, as the international fight against terrorism and the Islamic State is not possible without Russia’s participation, and in this fight, there are dead civilians and collateral damage on all sides.

“It’s difficult to say whether a country participating in the fight against terrorism should be sanctioned for it,” said Fico. As for the conclusions adopted, they are oriented mainly against individuals, maybe specific groups in Syria which violate international law, Fico told the SITA newswire. “If there is a humanitarian problem and rules of international law are violated then it is important the EU says that if this continues, we are ready to adopt serious measures connected to those who do the violations,” he added.

As for the issue of obligatory quotas for re-distribution of refugees among all EU member states, “there is no agreement on them”, according to Fico. He added, however, as cited by TASR, that he has the ambition to solve this dead-end situation by proposing an alternative reform of EU-wide asylum system he called “effective solidarity”, though without revealing the details.

The inner disputes within the EU even marred the planned trade agreement with Canada (CETA), according to Fico, who sees it as still negotiable however.