Fico: Mečiar amnesties not to be scrapped but officially condemned

It is legally impossible to accept the scrapping of the controversial amnesties issued by ex-prime minister Vladimír Mečiar but Smer is ready to back their moral condemnation through a parliamentary declaration, said Prime Minister Robert Fico. 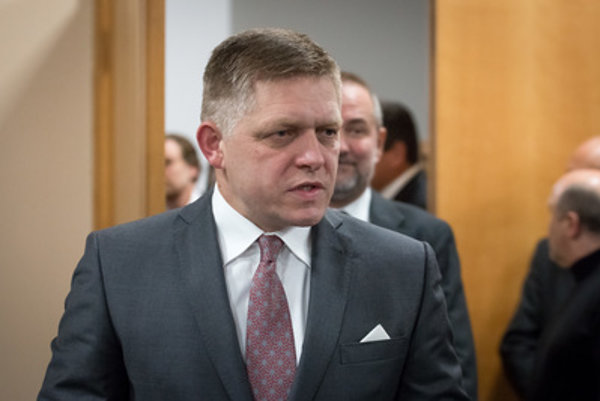 He said this the political talk show Sobotné dialógy (Saturday Dialogues) of the public TV and Radio, RTVS on October 22. “I won’t change my attitude on this matter, Fico told the show. “I don’t indulge in dangerous political steps.” He added that even though he views Mečiar’s amnesties as having hardly anything to do with sound morality, they canot be scrapped in legal terms.

Meanwhile, Fico proposed that the Constitution could perhaps be amended in the future to prevent presidents from issuing amnesties, although they would retain the right to grant clemency.

Fico also said, though, that he does not like to see the issue of Mečiar’s amnesties from 1998 when he was acting president, debated over and over. "We have an incredible ability to traumatise ourselves. It’s as if the French began discussing the issue of whether Napoleon Bonaparte was a mass murderer or not,” said Fico.

The Mečiar amnesties concern those suspected of the kidnapping of president Michal Kováč’s (1993-98) son Michal Kováč Jr. in 1995 and a marred referendum in 1997, with then interior minister Gustáv Krajči issuing only three referendum questions on a single ballot paper instead of four questions as declared by Kováč when officially announcing the referendum, the TASR newswire wrote.