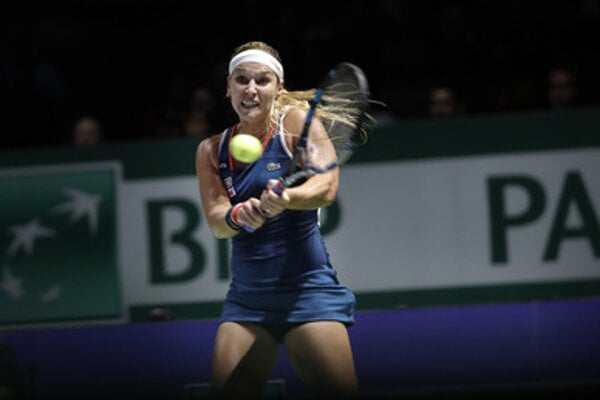 The match on Sunday, October 22, brought Cibulková close to her third victory over her rival, but ultimately, it was decided by details, with both players displaying top-quality tennis, the Sme daily wrote.

After the match ended 6:7 (5), 6:2 and 3:6, the audience applauded the Slovak player, as well as her German counterpart.

“I did have an excellent performance and gave my best, but even that was simply not enough,” Cibulková said, as quoted by Sme. “I made some extra mistakes which Kerber used thanks to being Number One and moving excellently.” She added that she had the world’s No 1 prepared as if on a plate and pushed on her constantly but she lost despite this. “It is a pity there can be just one winner – as this was undoubtedly out best mutual match,” Cibulková summed up.

So far, Cibulková is third in her “red group” on the tournament, but she is to play two more matches, with Romanian Simona Halep on October 25 and with US Madison Keys on October 27. Only the best two players make it to the semifinals of the WTA Tour Singapore, the daily wrote.