Rowing returns to the Danube 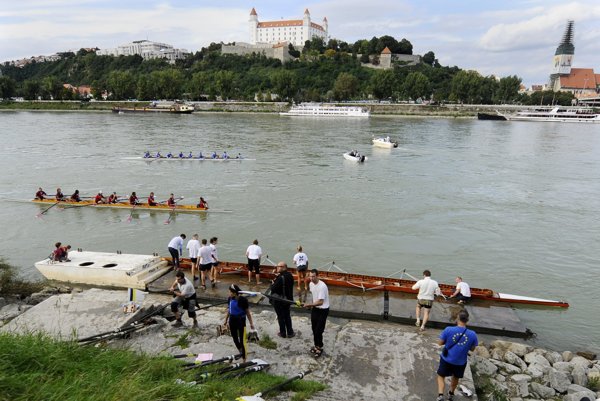 While most people imagine rowing as young men sitting in long slim boats gliding like arrows on the surface of rivers in Cambridge or Oxford, rowing also has a long tradition in Bratislava. Now students of the Comenius University would like to return this sport to the Danube River in the capital, but not only for themselves at the university sports club, but also for the public in the form of recreational rowing.

Thanks to a grant from the Danube Fund (Dunajský fond) of the Central European Foundation, recreational rowers should be able to test their skills in the Karloveské branch of the Danube already next spring. 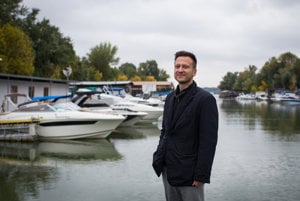 Karloveské branch is a popular place

The branch of the Danube in the Karlova Ves borough is a popular place for Bratislavans. There are a lot of sports clubs, especially of canoeists and kayakers, universities’ docks and in summer people can take refreshment in a small red, white and blue steamship turned into a pub.

“But rowing is missing here,” Michal Clementis from the university sports club Lafranconi of the Faculty of Physical Education and Sports at Comenius University told The Slovak Spectator. Clementis is behind the project Return of Rowing to Karlova Ves.

Rowing is a very popular sport abroad as it brings a lot of benefits. Along with the physical health benefits, as it exercises all the major muscle groups and the whole body, it also offers close contact with the river. Moreover, it is easy to learn, according to Clementis.

Clementis and his peers calculated that they need €18,700 for the project. With this sum they want to buy boats, oars and necessary accessory equipment. To raise the money they enrolled into the call of grants announced by the Danube Fund.

“The boats are expensive and we, moreover, need special boats for recreational rowing and not competitors,” said Clementis, adding that compared to those used for competing, these are wider and more stable. “Actually, the only possibility to get them is to buy used boats.”