The notice given to former auditor Ľubica Lapinová by the National Forestry Centre (NLC) is invalid, the Regional Court in Banská Bystrica ruled. 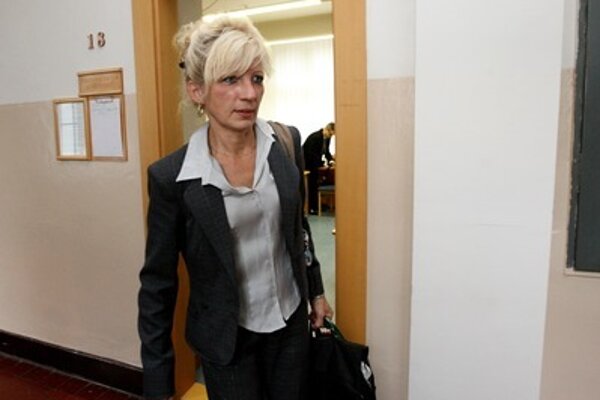 On October 26, the high court fully confirmed the earlier verdict of the District Court in Zvolen, Veronika Čukášová, coordinator of the White Crow project informed the TASR newswire.

Lapinová received the White Crow, the prize for civic courage, awarded by the Aliancia Fair Play watchdog and Via Iuris civic association, in 2014.

One of the main reasons that the notice given to Lapinová was illegal was the disapproval of the labour unions, Čukášová said. If the unions do not give their consent and if an employer fails to meet the conditions necessary to dispel this disapproval, the notice is invalid, according to law.

“The head of the court panel argued the verdict, when announcing it, very minutely, clearly and precisely, which only contributed to its conviction,” said lawyer Eva Kováčechová of Via Iuris, who represented Lapinová , adding that they are very glad about the result. “The next step will be securing the payment of lost earnings for Mrs. Lapinová by the NLC,” she summed up.

“I have taken a distressing path but it is worth fighting for the right thing,” Lapinová commented on the latest ruling. She worked as an auditor for the National Forestry Centre for more than 30 years.

In January 2012, she was laid off due to redundancy although she was the only one to work as auditor and the NLC, as a state-funded institution, was obliged to secure intra-institutional audits. Lapinová insisted her notice was unjustified and illegal, which the Regional Court has now confirmed.

The notice was preceded by an audit of public order in 2010, worth more than half a million euros. She found a violation of law during the audit, connected to the way a successful bidder was selected. However, during the audit, there was a change in the top management and the head of the selection committee became the new head of the institution. She was asked to manipulate the resutls of the audit, and when she refused she was given notice, the SITA newswire wrote.

Lapinová’s findings were downplayed, members of the selection committee were punished only formally, and the chairman not at all. The new head offered to take her back into the NLC but resolutely refused to hire her as an auditor.