The international conference GLOBSEC Tatra Summit taking place in Bratislava October 27 to 30 will require some road traffic limitations, especially from October 28 until the end. 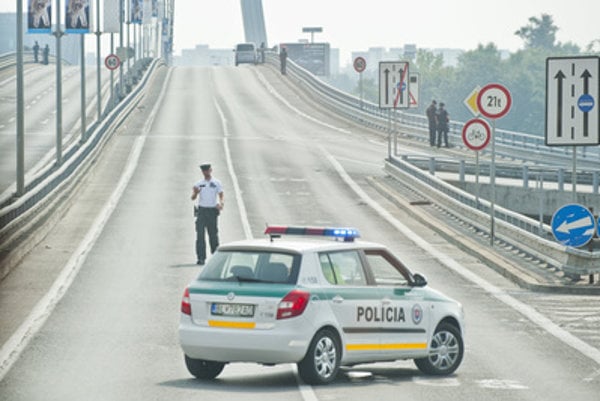 Traffic will be partially limited during the drive of foreign delegations from the M.R. Štefánik Airport and the Jarovce Kittsee border crossing to the accommodation site – i.e. the Grand Hotel River Park, and also during their journey back. On Friday night, the traffic will be limited in the direction of the Foreign Affairs Ministry (MZV) in Pražská Street, and also on the afternoon and evening of Saturday October 29 from the Grand Hotel River Park to Reduta and back, Regional Police spokesperson Tatiana Kurucová informed the TASR newswire.

Moreover, it will not be possible to drive through Mostová Street from Vajanského Street and the Rázusovo Embankment between 15:00 and 22:00 and trams will also not drive through Mostová Street. Guests of the downtown hotel Carlton will be allowed to drive in from Jesenského and Gorkého Streets. The traffic situation will be regulated by traffic police, according to the course of events.

The GLOBSEC Tatra Summit in Bratislava will be one of the important events of the Slovak Presidency of the Council of the EU. Its main topics will include energy union, finances, investments, the future of the eurozone, the digital agenda, but also migration and terrorism. It will be attended by finance ministers from Slovakia, Germany, France, Italy, Belgium and Ireland. Also, five European commissioners will attend, seven top representatives from the western Balkans, energy ministers from Norway, Bulgaria and Romania, as well as diplomats from several EU member states. Top representatives of the banking, IT, investment and energy sectors are expected too, according to TASR.