The upcoming All Saints’ Eve, All Souls’ Day, has prompted the city of Bratislava to commemorate and also pay tribute to all those who died on or in the Danube River. 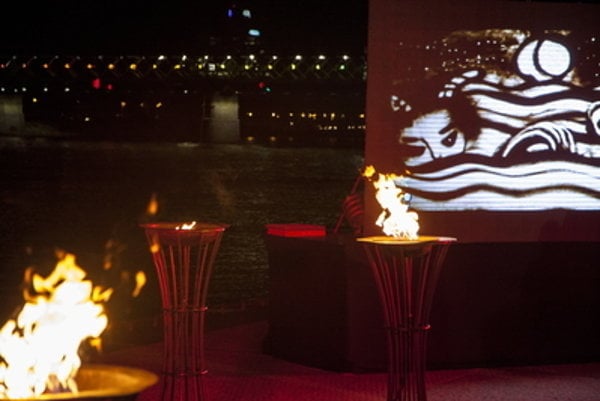 The ceremony took place at M.R. Štefánik Square close to the river, on the evening of October 26. Apart from the traditional blessing and the laying of wreaths, symbolic bonfires were also lit and paintings in the sand were created, the TASR newswire wrote.

“The event took place under the auspices of the Slovak presidency of the Council of EU, and thus we wanted it to be something special,” Monika Molnárová of the Bratislava Culture and Information Centre (BKIS) informed TASR. “We wanted it to not be just one reverent commemoration but something more.”

The fires, or rather torches, were lit by Bratislava Mayor Ivo Nesrovnal, a representative of the Foreign Ministry, and also by ambassadors of the countries across which the Danube flows, Slovakia, Germany, Austria, Hungary, Bulgaria, and Romania.

Part of the programme was also the thematic image of the Memory of the Danube Victims, painted in the sand. “An artist painted pictures based on the topic of the Danube and its victims, and these are also screened on a LED screen,” Molnárová described. The band Longital accompanied the ceremony with music.

This event has been organised by the capital city since 1991. It is inspired by the traditions of the city where the life of the inhabitants used to be closely connected to the river, and fishermen especially were often prey to the elements, the water and its caprices. 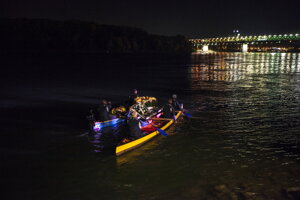 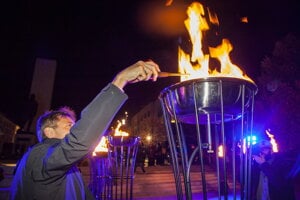 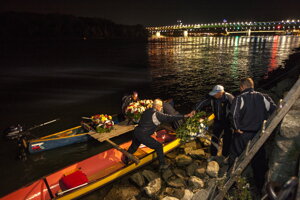 Commemorating the victims of the Danube, before All Souls Day (3 photos)