Interest in direct trains between Prague and Nitra or Trenčín has been higher than expected, leading Arriva to increase the number of trains running as well as introducing new runs. 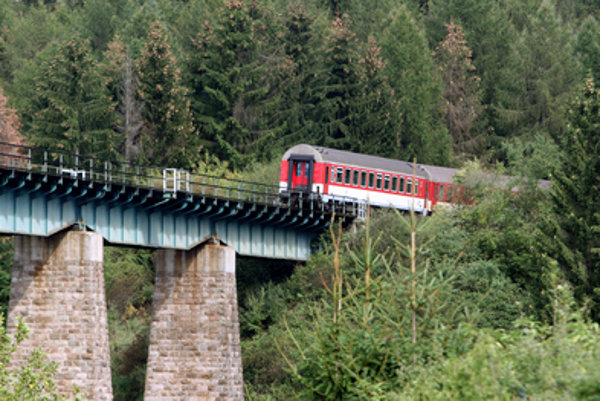 The Arriva train company will launch more trains into operation starting in December, while also opening new lines. It will also increase the number of trains on the Trenčín-Prague line, and some will start all the way from the city of Nitra.

The new connection will run from December 11, 2016 when the new train schedule becomes effective. Another part will start next spring. “The direct train connection from Nitra via Trenčín to Prague will have its premiere in Slovakia,” László Ivan, CEO of the Arriva company in Slovakia told the TASR newswire.

This March, Arriva launched the Trenčín-Prague line, and “the interest of passengers in a direct connection from Trenčín-Olomouc has been much higher than we had expected," according to Ivan. This is one of the reasons why Arriva decided to expand its services and prolongate the line to Nitra, which will enable a direct train connection with the Czech Republic for people from central Považie.

In 2016, Arriva bought four more diesel trains of the 845 type from its mother company, Deutsche Bahn. After they are completely renovated and re-made into long-distance diesel trains, five trains will run on Slovak and Czech railways on regular basis starting next year.

So far, Arriva has operated one weekend express in each direction on the Trenčín-Prague line. It starts on Saturday morning from Prague to Trenčín, and Sunday afternoon returns back from Trenčín to Prague. In the course of 2017, the number of trains will be increased.

From December on, a new afternoon train will be launched on Fridays from Prague to Nitra, which will return on Saturday morning from Nitra, through Trenčín to Prague.

From 2017, this line will be operated every day. In April, an afternoon train will ride from Trenčín to Prague always on Friday, Saturday and Sunday, while starting in Nitra during weekends. In summer, it will be dispatched every day.

The morning train from Prague to Trenčín will so far ride only on Sundays, while starting in April it will also run on Fridays, Saturdays and Sundays. And in high tourist season, June 12 to October 1, it will operate on a daily basis. On Saturday mornings, the train will go farther to Nitra.