The idea that Slovakia is not a rich country is deeply ingrained in the Slovak psyche. But is it true? 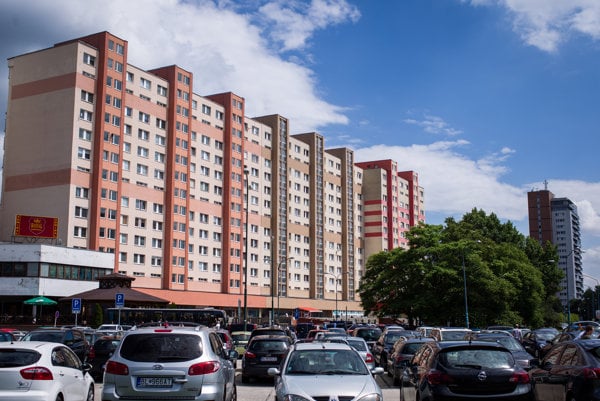 A recent blog on The Slovak Spectator website, on the vexed label of ‘Eastern Europe’, declared that “low salaries and a lower standard of living are all common perceptions of our region.”

I would agree, but the curious thing about this image is that few people hold it more dear than Eastern Europeans themselves. Slovaks are no exception.

During a recent conversation with a colleague here in Bratislava, he lamented how much more he could earn if he were doing the same job in Britain, before adding “I guess it’s just different in wealthy countries”.

This man lives in a large family house (with a swimming pool in the garden), recently bought a brand new car, and only last month returned from a two-week holiday in Japan.

Before you ask, this is not some asset-stripping oligarch or politically-connected ‘businessman’. He is a regular employee at an IT firm. But he regards himself, or at least his country, as ‘not wealthy’. And he is not unusual.

In an echo of this conversation, when I recently asked a group of undergraduates, several of whom refer unconsciously to ‘the developed world’ as if it were somewhere else, if any of them could lend me a standard phone charger, I was left empty-handed. The reason? They all have iPhones.

In my rather ordinary suburb, the streets around the paneláks are crammed with new cars, many in the €40,000+ price bracket. Within walking distance are large new BMW, Audi and Mercedes showrooms – and even, heaven help us, a Maserati dealership.
While Bratislava is unusual, it is not exceptional.

A Eurostat survey reported by the TASR newswire this month revealed that more than three-quarters of Slovaks nationwide live in property that they themselves own – mortgage-free! That compares to fewer than 50 percent of all EU citizens, and just 7 percent in the Netherlands or Sweden.

More anecdotally, on a trip this summer that took in Banská Bystrica, Levoča and Košice, the main squares were thronged with well-dressed locals. Even in the unemployment-plagued deep south, a not particularly cheap roadside restaurant was so busy that there was a 40-minute wait for food.

Now it is true that there are a lot of people in Slovakia who are doing it hard. Investment in public infrastructure is decades in arrears, even with EU funds gushing in. And a few criminals in Porsches and Bentleys do not a wealthy country make.

But when ordinary people who holiday in Japan, drive new cars and owe nothing on their homes can still convince themselves they are poor, is it any wonder that the politics of victimhood continue to exercise such power?