In the semi-final match, the Slovak number one will challenge Russian, Svetlana Kuznetsova. 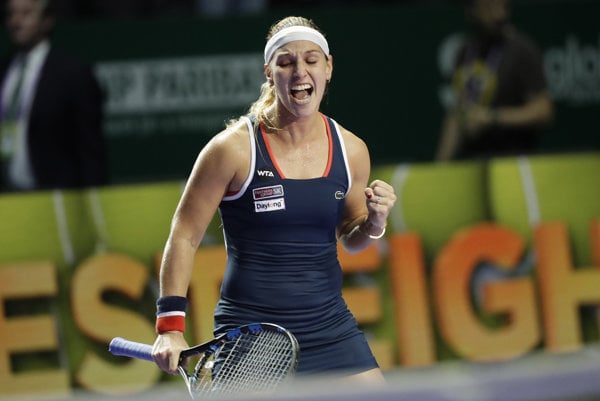 Slovak tennis player Dominika Cibulková (27) won against Romanian Simona Halep and moved ahead to the semi-finals of the WTA Tour world championship in Singapore on Thursday, October 27, the Sme daily reported.

While the debutante among the tennis elite needed her own 2-0 triumph against Halep and the same score by German Angelique Kerber against US Madison Keys to occupy second position in the red group and thus advance to the semi-final, both results became a reality. Cibulková beat Halep in two sets 6-3 and 7-6 and Kerber won against Keys 6-3 and 6-2.

The current Slovak tennis number one played fast and aggressively in the match against Halep and made no mistakes. Moreover, thanks to her coercive whole-court strategy she was able to attain good positions in the games and hit one winning forehand after another, Sme wrote.

“I played really well against her on the hard surface and I am satisfied that the balls bounce lower on the surface in Singapore,” said Cibulková after the match, as quoted by Sme. 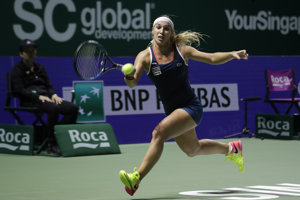 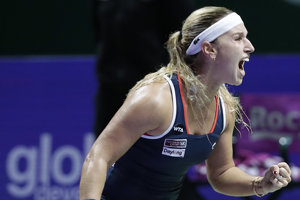 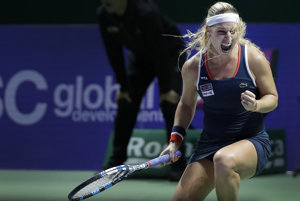 Cibulková stressed that she really wanted to win at least one match during her debut on the WTA Tour world championship. People have said that she is a fighter and she confirmed it during the match.

“Even if something did not work out, I quickly threw it over my head and focused on the next game,” Cibulková said. “I knew that Simona would put up stiff resistance as she had to get at least one set to maintain a chance for the semi-finals.”

In the semi-final match held on October 29, Cibulková will challenge Russian Svetlana Kuznetsova who won the white group in advance. By now, the Slovak tennis player has a positive balance of matches 5-3 against Kuznetsova although she began by lagging behind 0-3.

While no one Slovak player has so far advanced from the group stage at the final tournament in singles, Cibulková is the third Slovak woman playing in the single championships after Karin Habšudová (1996) and Daniela Hantuchová (2002 and 2007). In 2002, Janette Husárová with Russian Jelena Dementieva won the doubles championships, Sme reported. 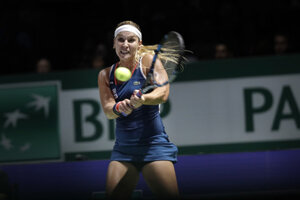 Her advancement to the semi-finals has drawn the attention of many current and former Slovak tennis players and authorities. While the Tennis Association (STZ) President Tibor Macko and General Secretary Igor Moška regarded the victory against Halep as an historic achievement which will encourage the player onto further victories and will also inspire young talents, Habšudová mentioned the quality in the Dominika’s game during her previous match against Kerber and pointed out that Kuznetsova is reckoned to be tired and will not have a day off before the next game, the TASR newswire reported.

“I dare not make a prophecy but many factors speak in Dominika’s favour giving her a strong chance to advance further,” said Habšudová, as quoted by TASR.

Another Slovak tennis player, Dominik Hrbatý, congratulated Cibulková on her success through his Facebook page.

“Congrats Dominika. What a result. And the now tournament is starting. I dream to see the world champion home,” Hrbatý posted on his Facebook page.