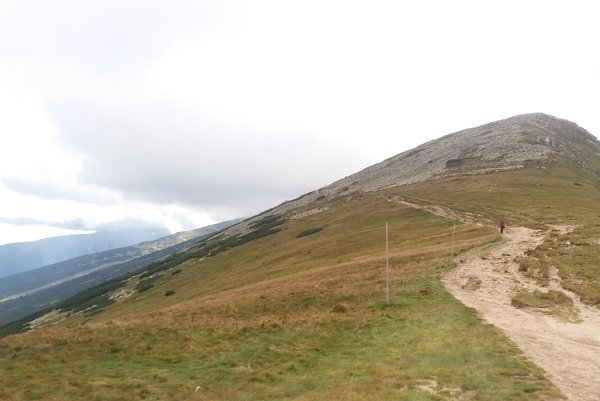 After short rest, of approximately 360 days 23 hours 17 minutes and 24 seconds, we restarted our journey. The weather has changed a bit since ‘yesterday’, 5°C as opposed to 25°C. So it shouldn’t be too hot for these mythical bears. I looked up the Latin name for the Slovak Brown bear, Ursus Nonevidens. We had had a good rest so decided to start with an easy day or two. We travelled by train from Bratislava – the trains are great. Bus from Liptovský Mikuláš and the exciting skiing stuff up to Chopok – a good day so far. The journey, despite our initial misgivings, went perfectly and we got to Chopok early in the afternoon. Just in time for lunch. Walking is hard enough – why make it harder than it needs to be.

After the obligatory selfies, we had done the boot picture on the train, we set off. We were kitted out with boots, rucksacks, maps and compasses so were easily passed by groups of school kids in sandals (and cold feet). But we, unlike them, (I hope) were going to Poland. 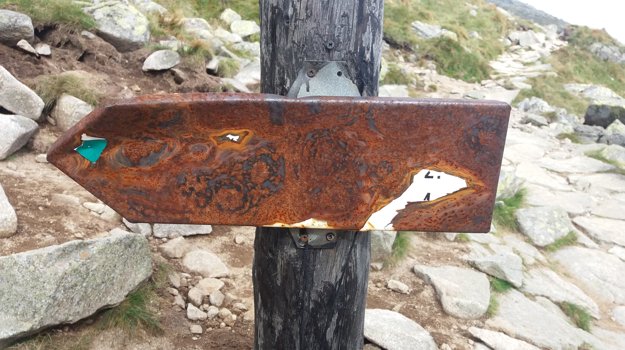 Although not strictly on route, we decided to make the perilous ascent of the South face of Ďumbier. This can be dangerous at any time of year – oxygen deprivation, sudden changes in weather. However, in the end we made the 22m ascent with no serious mishap other than a stubbed toe. The view is no better from the top than from the ridge: but Ďumbier has now been firmly ticked off our list of mountains climbed.

As I have said before, it’s really beautiful up here with stunning scenery under you, in the foreground and on the horizon, e.g. the High Tatras. It’s not so far; a perfect weekend break or breaks depending how badly you fall.

Embarrassingly, or according to our plan we only walked to Chata Štefánika. We had promised the kids a trip to the Dead Bat Cave the next day. They had only ever walked past the Chata and it’s a nice place to stay, so we did. After 8km – a good day. Good food, in the form of vyprážaný syr, that is cheese deep fried in bread crumbs served with chips and tartar sauce; all good cholesterol. It’s a dish that the rest of the world needs to know about. It is absolutely delicious, and guaranteed healthy. Good beer in the form of two or three and a good night’s sleep.

BTW: The youngest guest at the Chata was about 8 months old. 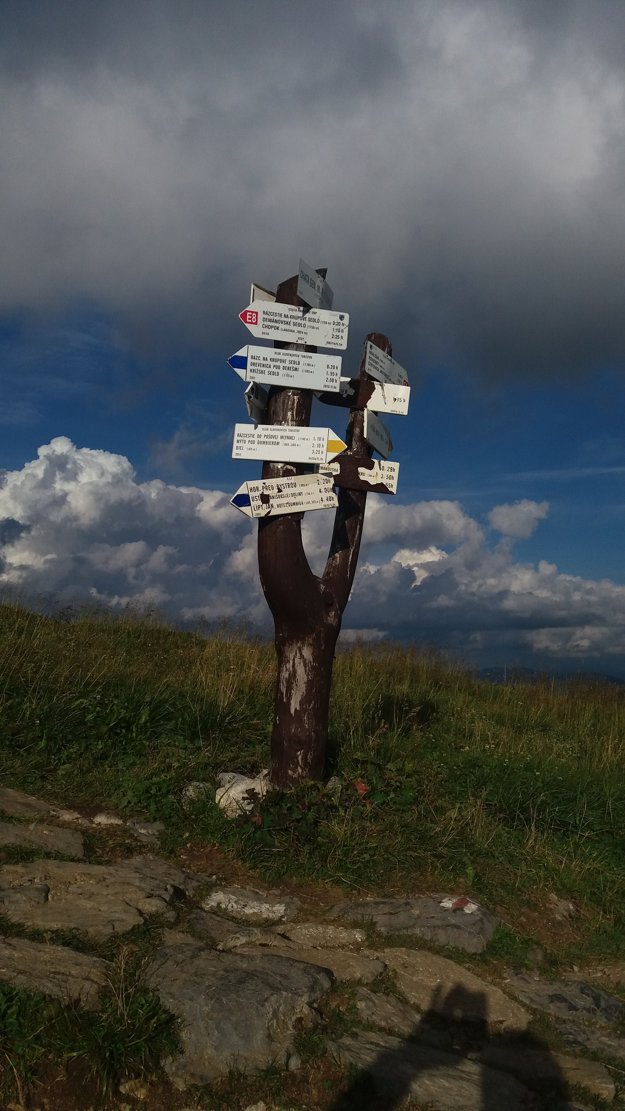 Tomorrow we are going bat caving (Never thought I would say that)!

General comment:
The highest point on the walk; Ďumbier
Still one of the best ridge walks in Slovakia.
We have climbed 8.5 times the height of the highest mountain on the walk – Ďumbier 2,046m.