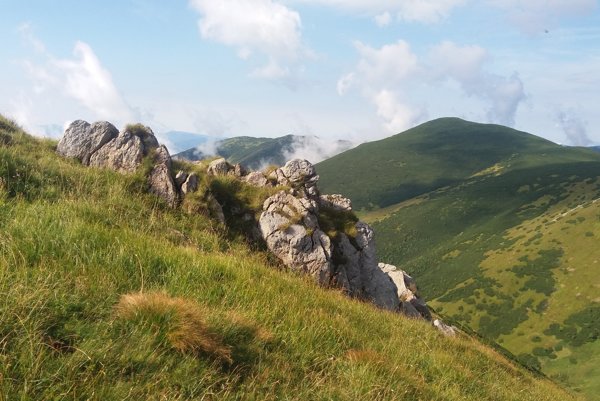 Another short day – but tomorrow should be very difficult, we are breaking ourselves in gently, very.

The Dead Bat Cave was, was, was – well, closed. For stock taking.

No, not really. It was closed, but because it was a Monday, go figure. The cave is littered with the bones of bats that, for some reason, all went there to die. Worth a visit – but not on a Monday (or on a stock taking day). Obviously! 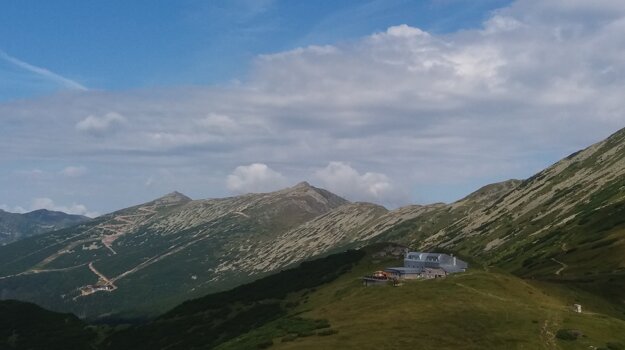 Millions upon millions of tiny little bat bones, honestly. Not that you get big boned bats.

I will not have a rant about tourist attractions being closed in the middle of the summer – just because it’s Monday. It does seem strange. Especially for a country that is trying to promote tourism – but only six days a week apparently. But we should have known: Bratislava is always full of tourists looking for something to do on Monday’s.

But back to the matter at hand – or more correctly – under foot. More ridge, more views (open on Mondays – at least at the time of writing). Heaven. More views of the High Tatras. I checked the source of all modern day knowledge – Wikipedia – to see what animals live in the Low Tatras – in case we get lucky. Apparently, bears, wolves, lynx and chamois. But, they all appeared to be closed on Mondays too. Obviously!

But we saw a snake – a poisonous (actually it was venomous. We could have quite happily eaten it, so not poisonous.) one. That counts double. Our biological needs satisfied. Wikipedia never mentioned them.

Today was mainly down, unusual for Slovakia – down to Čertovica Pass, which divides the Low Tatras into two distinct sections (Wikipedia – it’s addictive). We didn’t see any Čertovician Devils, a distant relation of the Tasmanian Devil (Čert – means devil). The place where we stayed that night was actually closed, still Monday, remember. But since we were walking they opened up especially. They fed and watered us that evening and the next day. Maybe there is hope for tourism. Maybe just abolish Mondays? Petition anyone? 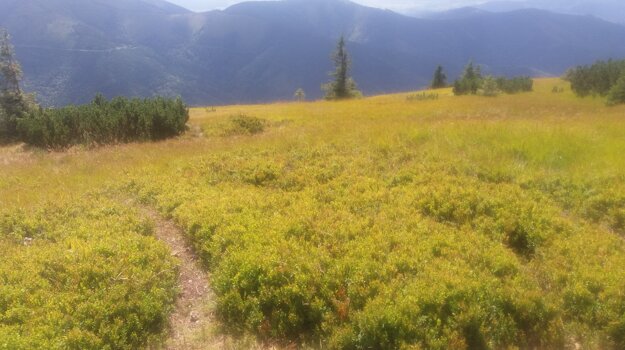 Almost forgot. We met another almost naked man. A local, out walking with his wife, not almost naked. ‘Watch out for the bears’ he said. When I asked if he had seen many bears he went quiet and blushed. So apparently, standing on a path in the Low Tatras in your underpants is less embarrassing than the lack of bears in Slovakia.

There are no bears in Slovakia! I am convinced.