Family companies represent a significant and specific component of the business environment in Slovakia, but they are “invisible”. 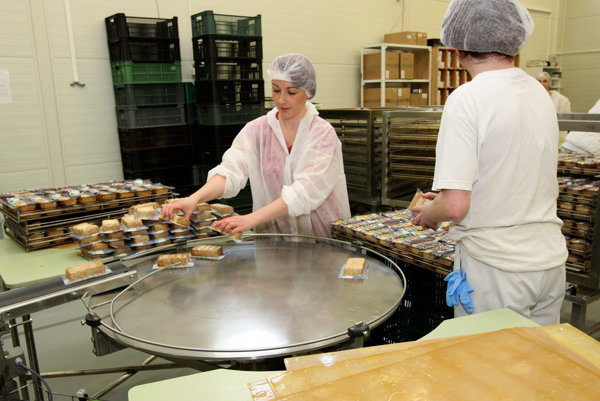 When Marián and Daniela Vunhu planned their wedding, they asked their family and friends not to give them presents but rather to contribute to raising funds for the business they had wanted to start: making ice lollies.

“We dreamed about having a shop together even before we became a family,” said Daniela Vunhu. Once that dream materialised, they reflected their personal and business bond in its name: Marinela is made up of their first names.

Family businesses like their small popsicle-making business are not considered a separate category of entrepreneurship in Slovakia. But companies that are based on a family tradition or that were created by family members based on an innovative or creative idea represent a substantial part of domestic production.

Business with family has both advantages and disadvantages; conflicts in the family may influence the whole operation of the firm, but on the other hand, there is almost nothing stronger than the family bond.

Vunhu sees mutual trust as the advantage of a family business.

“Thankfully our work is the same as our hobby, that’s why we don’t worry too much about the fact that our work is a component of our marriage,” she told The Slovak Spectator.

Before Daniela and Marián Vunhu opened their small shop with ice lollies made from fresh fruit in Bratislava this summer, they took a course together in Italy to gain knowledge and experience to be able to fulfil their dream and create their own frozen treats parlour. Since they are not just husband and wife but also business partners, their discussions often concern their business and it is not so easy to separate work and personal life.

“It is in the interest of both of us that our service operates in the best way,” said Vunhu.

The Lunters are another family company in the food industry. Ján Lunter, founder and owner of Alfa Bio, which has recently been renamed to Lunter, dedicated his company to a healthy lifestyle. The business is comprised of a shop and a bistro.

“Our mission is to contribute to changing dietary habits by making vegetable based food,” Lunter said. The main product of their company is tofu and various spreads, like hummus.

The firm was created in the basement of their family house after a positive experience with a dietary change in the 1980s after the fall of communism. It was supported by his children and his brother. His grandfather also provided a loan for covering the upfront costs from the money he had saved for his funeral.

Today, three sons work in the firm in key positions and adult family members are members of its board.

“The biggest advantage of the family company is especially in its personal involvement,” Lunter told The Slovak Spectator.

Family companies represent a significant and specific component of the business environment in Slovakia, explained Diana Migaľová Baschierová, spokesperson of the Slovak Business Agency (SBA). The problem that prevents greater support is their “invisibility”.

“Until there is legislative anchoring to this kind of entrepreneurship, it is not possible to expect more significant public support for the category of family companies,” she said.

SBA is a specialised institution that helps small and middle-sized entrepreneurs (SMEs) in general, both financially and in other areas, according to Migaľová Baschierová. The agency provides microloans to small businesses, for example, but also offers advice about law and bureaucracy to people who are only thinking about starting their own business.

But it is the customers rather than state support that decides on the existence and success of family businesses.

“During the 25-year-old history of our company we intensively perceive the support from the public and customers,” said Lunter. Messages of support arrive by e-mail or on social networks, where satisfied clients share their pictures with the company’s products. 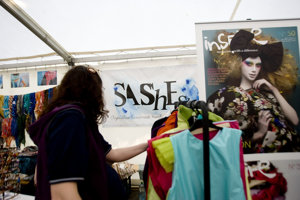 The Vunhu ice-lolly makers have a similar experience.

“It is very nice, they often ask how we thought of the idea,” revealed Vunhu. It is natural that people like to imagine a particular person behind the business, something that is not possible in big retail stores.

“We try to keep a family atmosphere in the shop, for example, people vote on the flavour of ice lolly we plan to make the next day,” Vunhu said.