WTA Singapore winner: This is the biggest success of my career so far 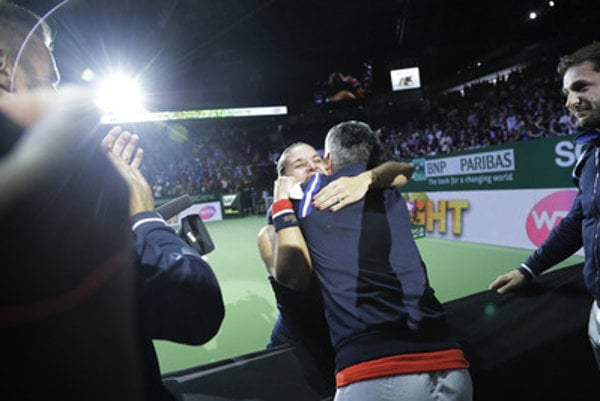 Dominika Cibulková hugs her fitness coach and physio, Jozef Ivanka, with her coach Matej Lipták right and her husband, Michal Navara, left, after her victory at the WTA championship in Singapore, October 30 (Source: AP/TASR)
Font size:A-|A+3

The Sme daily approached Cibulkova for an interview after her October 30 victory.

Sme: In the Sunday finals of the WTA tournament, you played against world number one ranked player with whom you had lost to a week earlier in the first round. Was this not a disadvantage for you?

Dominika Cibulková (DC): No, ironically, the first match helped me, it gave me more self-confidence. I realised that I could beat her if I play my pressure style of tennis. And it worked.

From the first to the last ball, I demonstrated aggressive playing, pushing my rival into defense. I attacked her with my forehand and my serve went well. It all connected – this was maybe my best performance. 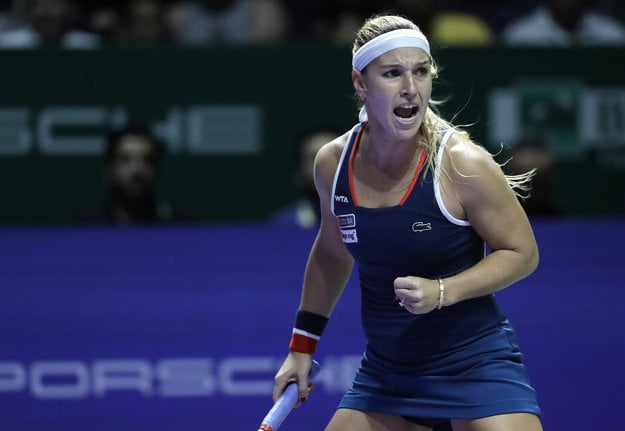 Sme: Two years ago, you played in the finals of the Grand-Slam tournament Australian Open. Which means more?

DC: This is the biggest success of my career so far. The first place at Masters? I would not have dreamt about it before. It is encouraging for me for the next years.

Sme: You became a world champion. What were your thoughts at that moment?

DC: That this is the reward for years of drudgery. I play tennis to see such moments. After the press conference, I was still a bit numb emotionally but in the changing room, it all dawned on me, and I started crying.

Sme: You moved from eighth to fifth place in the chart, reaching your new best. What does this mean to you?

DC: When coach Matej Lipták told me mid-season that I can make it to No. 5 in the second part of this season, I only grinned. Maťo is an excellent motivator. He knows what makes me move. We were going step by step, and finally it worked well. The most important thing of all is that unlike previous years, I played steadily at a good level the whole time. I had no ups and downs like I used to earlier. This is mainly thanks to cooperation with my mental coach Radko Ševčík. I was in contact with him also during the Masters tournament and it helped me a lot. The next season is a huge challenge for me, to improve further.

Sme: How are you going to celebrate?

DC: Originally, I planned to travel for holiday to Maldives on Monday – it is about four hours’ flight from Singapore. But I said to myself that this is such a great victory that the holiday must wait for a while. I want to share my joy in Slovakia. On Monday (October 31), we are flying home. I am looking forward to a huge celebration. 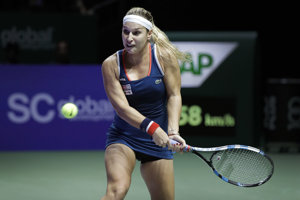