While no one is using a one-year-old terminal near Žilina, the state begins building another one for the new automotive plant near Nitra. 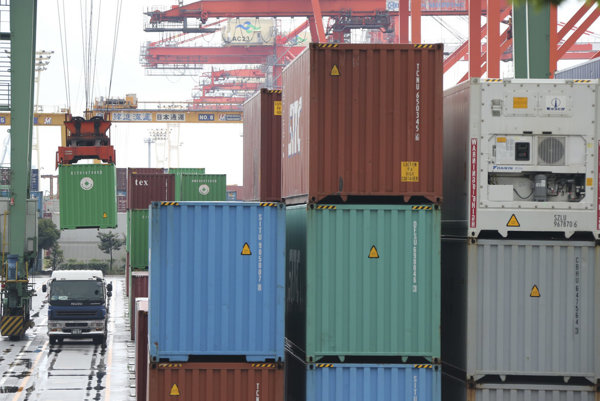 Instead of repairing run-down railway stations and tracks, the state-run railway infrastructure operator is building a vast transport terminal in the vicinity of the new automotive plant near Nitra.

That is one of the lines of criticism voiced over the latest investment project of the state-run Railways of the Slovak Republic (ŽSR), which has decided to support the new automotive plant of Jaguar Land Rover and its suppliers through construction of an intermodal transport terminal (TIP) in Lužianky near Nitra. While the operator cites the necessity of the terminal for future road traffic relief, experts point out that intermodal freight transport is a clear example of a sector which requires no state intervention.

“The construction of TIP Lužianky contradicts the Value for Money initiative of the Finance Ministry which declares that public resources should not be used for matters that private companies can carry out,” Ondrej Matej, chairman of the supervisory board of the Institute for Transport and Economy, told The Slovak Spectator.

A TIP is a transport hub which serves for reloading goods stored in so-called intermodal transport units like containers, exchangeable extensions and lorries, for shipping via rail, road and water.

While TIPs in Slovakia usually serve for reloading units from trains to lorries, very few containers for broad-gauged railway tracks actually end up in Slovakia. If the goods flowing from Asia were directed outside of Europe, Slovakia would hardly feel any impact, as 96 percent of the containers only pass through the country, Matej explained.

The new TIP Lužianky, which is estimated to cost about €23.6 million plus €28.2 million for railway infrastructure, may help dozens of customers, including the new automotive plant and industrial park Nitra-Sever with supply of materials and transport of final products. The project has, however, officially nothing to do with the supporting agreement between the government and the carmaker.

“The reason is to create conditions to increase the share of railways on the market as an environmentally acceptable form of transport,” ŽSR’s spokeswoman Martina Pavliková told The Slovak Spectator.

The area around Leopoldov has long been identified as one of the four regions for handling intermodal transport in Slovakia, said Pavliková. Other reasons in favour of the construction are good infrastructure with connection to the R1 motorway, the flow of goods from Austria, the Czech Republic, Germany, Hungary and Poland, and the availability of labour.

ŽSR decided to build TIP as its own capital investment, and in 2015, announced a public tender. The winner of the tender, Austrian company Strabag, signed the agreement in July 2016. The terminal should be completed in March 2018.