More Slovaks are migrating for work, in spite of increasing job opportunities

Demographic development has a significant impact on the labour market 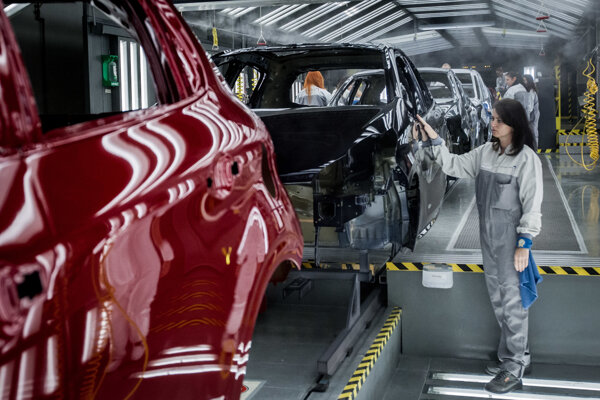 Slovakia’s labour market is breaking records as the country has reported the highest number of jobs and simultaneously an unemployment rate that has decreased below the average of the eurozone. But trends on the labour market in Slovakia are significantly affected by demographic development, especially by the phenomenon called Husák’s children. As a result Slovakia will see a reduction of the labour force in coming years. Moreover, an increasing number of Slovaks are leaving their home country to seek employment abroad.

“We have reached the summit and now the number of economically active people will decrease,” said Andrej Arady, the economic analyst of the VÚB bank. “Thus the decline in the unemployment rate will accelerate even without the creation of any new work places.”

Records on the labour market

During the middle of 2016 the number of working Slovaks increased to more than 2.491 million, that is by 86,000 more than during the same period of time in 2008. This year has been so-far the best year for Slovakia’s labour market. Simultaneously, the unemployment rate measured by the Slovak Statistics Office decreased below 10 percent and thus it is, for the first time, below the average of the eurozone. But Arady does not expect that Slovakia will achieve the country’s best result of 8.7 percent from 2008 again this year.

Currently Slovakia enjoys the benefits from the large generation of so-called Husák’s children, the sizeable current labour force born during the population wave that started at the beginning of the 1970s, supported by the state’s pro-family policies. Its name comes from Gustáv Husák who became the country’s president in 1974. But since that time Slovakia has failed to replicate a similar population increase and the national fertility rate has decreased significantly since the fall of the communist regime. As a consequence the labour force in Slovakia will shrink in coming years.

Who will patch the gap in the labour market?

While the number of the unemployed in Slovakia remains high, about 265,000, they are not suitable for the jobs being offered as they do not have the qualifications required by employers. Arady specified that more than 50 percent of the unemployed have only a basic education or apprentice schooling without the leaving exam called maturita in Slovakia. Moreover, as many as 58 percent of them have been without a job for longer than one year and thus they have lost their working habits.

“The economy is running out of a labour force and the offer of vacancies is increasing,” said Arady.

Employers also cannot bet on the return of Slovaks who are working abroad when the trend reverses.

“Migration for work is increasing,” said Arady, adding that about 165,000 Slovaks work abroad, especially in Austria, the Czech Republic and Germany. “The share of Slovaks leaving Slovakia to get a job abroad increased from 4.9 percent of the total working population from the beginning of 2012 to the current 6.6 percent.”

As a consequence more and more employers in Slovakia are employing foreigners. In September there were almost 27,000 officially employed foreigners.

“While during previous years their number was more or less stable, it increased by 25 percent during the last year,” said Arady, adding that it is mostly Romanians, Czechs, Hungarians, Poles and Bulgarians who are coming to Slovakia to work.