Fines for driving on highways change

The fine for driving without a valid e-highway sticker will decrease as of November 1. Instead of €300, drivers will now pay €150, according to an amendment in the law.

The amendment also changes the periodicity of fining drivers. While under the old rules, drivers could be fined for each day they drove without an e-sticker, now they will be sanctioned on a monthly basis, the TASR newswire reported. 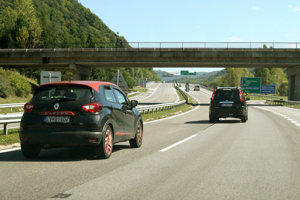 It will also be possible to waive the fines of drivers who have bought an e-sticker in the meantime. Moreover, if drivers received accumulated fines before the amendment became effective, they will now have to pay only once, TASR wrote.