GPs should be paid the best

An equal ratio for general practitioners and specialists can help improve the health-care system. 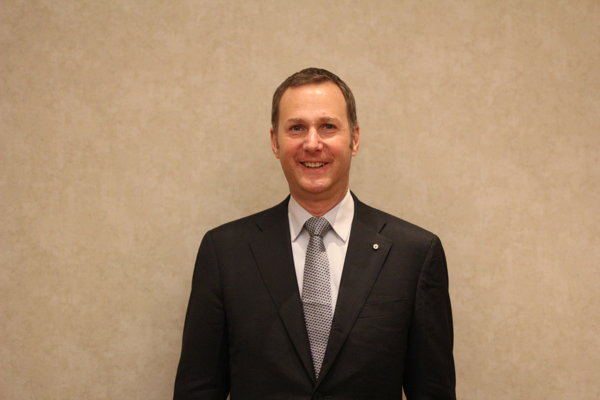 Countries with strong health-care systems see the highest salaries go to family doctors working in rural or remote areas, not orthopaedic surgeons working in the middle of a major city, according to Michael Kidd, an Australian general practitioner and president of the world organisation of family doctors, WONCA.

Kidd spoke to The Slovak Spectator about general practice and the challenges it currently faces across the globe, as well as the importance for medical graduates to undergo postgraduate training before becoming GPs.

The Slovak Spectator (TSS): You work as a GP in Australia. How do the work and challenges of a GP in Australia differ from that of GPs in a country like Slovakia?
Michael Kidd (MK): The health-care challenges are very similar in countries all over the world. We are seeing an increasing number of elderly people in our populations, a rise in chronic diseases, particularly diseases like diabetes, heart and lung diseases, cancer – a lot of diseases which can be prevented or which, if they are diagnosed early, can be properly treated. We are seeing a rise in mental health conditions in many of our patients, a rise in depression; concerning the elderly population, a rise in dementia. At the same time every country is facing a challenge regarding how we will afford to pay for health care for entire populations, and particularly how do we make sure that everybody gets access to health care. I’m sure that in this country, as in mine, there are some people who just do not have access to the same level of health care as everybody else, whether it is people who are homeless, refugees, people with mental health problems, with a disability, people who are very poor, or large families without much income.

TSS: What are the challenges a GP faces today and how are they different from those they faced about 10-15 years ago? In what aspects is their work more or less difficult than it was in the past?
MK: The work of GPs is changing around the world as health care patterns and community expectations are changing. Over the last decade we have seen a rise in expectations from patients, of what they expect from the health-care system and from their own doctor. Some of this is related to the internet and to everybody having access to information which previously they might not have. But that can create a lot of confusion concerning what they can believe. The role of family doctors is as important as ever in this information age that we’re living in. There’s certainly been an increased focus over the last decade in the role of family doctors/GPs in preventing disease and more focus on chronic diseases. In many countries infectious diseases are less common than chronic diseases. We’re seeing the consequences for people who were smokers, the impact of diet changing with people eating more unhealthy food than they were eating decades ago, a population which is less physically active than before, and so a rise in obesity. This is particularly a problem in children, because if children are obese, they are likely to continue to be obese throughout their lives.

TSS: Isn’t the impact of the internet rather harmful? Does the fact that people look up diseases and potential treatments decrease trust in GPs?
MK: People have always come to see their GP with advice they have gotten from someone else, but now there is advice coming from so many different directions. One of my colleagues once said that the internet represents the greatest accumulation of misinformation the world has ever seen. One of the roles of a family doctor is to help people navigate their way through that information and to make sense of what is there and to interpret what they find. It is a real challenge, but it is also very exciting because it changes the relationship people have with their health-care providers. What we hope is that the rise in the internet will lead to a healthier, more aware and more educated community.