Ex-investigator: Most parts of the Gorilla case are true

After being refused to explain his cause to MPs, former investigator of the Gorilla case met with President Andrej Kiska, briefing him on events. 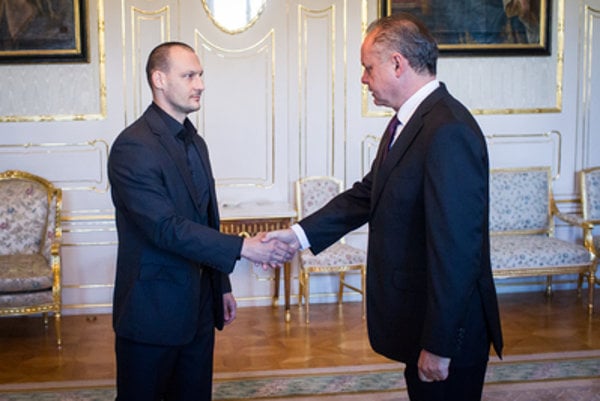 The head of the Gorilla investigation team, Marek Gajdoš, who is leaving police due to interventions in the course of investigations, was invited by Kiska and met him on November 3.

The meeting took about half an hour, the Sme daily wrote, adding that Gajdoš was reluctant afterwards to go more into detail, as the investigation is still ongoing. He said that his statements so far remain true, and that most of the information from Gorilla file have turned out to be true.

“It was more general context, and historical, the way the Gorilla case has developed since 2006. Nothing specific,” Gajdoš commented for Sme. He plans to keep the oath of silence and he was careful “not to tell things which have not been stabilised yet”. He repeated that he reasons for his leaving the police corps are still relevant, but refused to specify more in detail.

Spokesman of the president, Roman Krpelan, said that Kiska wanted to hear the information directly from the investigator. Next week, he is to meet with Police President Tibor Gašpar. Krpelan did not rule out that the president will again meet also with the special prosecutor Dušan Kováčik who oversees the case.

The leaked Gorilla file started one of the most serious corruption cases in Slovak history. A document purporting to describe conversations covertly recorded by the country’s SIS intelligence service between 2005 and 2006 which suggest that corrupt links may have existed between senior politicians, government officials and business people.

Gajdoš was not allowed to specifically explain what he meant to the parliamentary committee whose opposition MPs pushed for the session, due to Interior Minister Robert Kaliňák.

Police President Gašpar filed a criminal suit due to Gajdoš’ statements. First, he reacted by saying the investigator was feeling the police corps, as his team had no results in the Gorilla case; but after the committee session, he changed his rhetoric and said he will thank Gajdoš for his work.

Gajdoš does not want to talk more about the case, also due to the lawsuit. He said he would like to put together the results of criminal evidence in a form available to his successor.