Prime Minister Robert Fico led a Slovak delegation to the summit in Riga; but China has cancelled a bilateral meeting that was scheduled to take place before the summit itself. 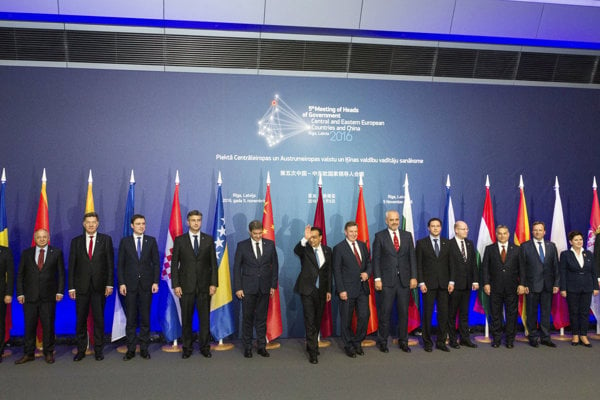 Fico flew to the Latvian capital Riga on November 5, to the fifth meeting of heads of governments of central- and eastern-European (CEE) countries and China.

Bilateral talks between the Chinese delegation and the Slovak premier should have taken place before the beginning of the summit, but the planned meeting was cancelled, the Government Office informed the TASR newswire.

The summit in Riga followed up the results of negotiations held at the previous meeting in the Chinese city of Suzhou in November 2015, according to the Government Office. The leaders have focused in particular on implementing objectives and activities in transport, education, science, research, innovation and tourism.

As part of these objectives, China has defined three potential areas of economic cooperation – infrastructure, advanced technology and environmentally-friendly technologies.

The basis for cooperation between China and CEE countries was laid down at an economic forum in the Hungarian capital Budapest in 2011. The first meeting of prime ministers in the 16+1 format took place in Polish Warsaw in 2012, and was aimed at strengthening cooperation mainly in the economy.

The reason for the Chinese cancellation has not been specified.

Memo was signed, though

After the meeting, a memorandum was signed between Slovakia and China on the same day; it should strengthen relations between the two countries in customs duties, and thus accelerate bilateral trade, TASR wrote.

Slovak Finance Ministry State Secretary Dana Meager, who inked the memorandum on Slovakia’s behalf, said that the agreement is a result of two years of work.

“Infrastructure isn’t enough, we also need a legislative basis and customs regulations that will allow us to ensure that exchanges between Europe and Asia are rapid and at the same time that goods are transported from one continent to another safely,” she added.

According to the state secretary, this agreement guarantees such cooperation on both sides, with China mainly seen as the country of export and Slovakia as an entry point to the Schengen area. In this context, Meager stressed the importance of freight rail transport from Asia to Europe via the Trans-Siberian Railway. While the sea route takes 45 days, only ten to twelve days are required via rail.

“It’s a significantly faster means of transport,” the state secretary explained. “For Chinese and European entrepreneurs, it’s also a much quicker way of obtaining money from business.”

Meager also pointed out that access through transit countries along the route, such as Russia, Kazakhstan and Ukraine, is also very important. Therefore, Slovakia has already organised a meeting of representatives of railways and financial bodies from all countries concerned. She added she hopes that the results of the negotiations will make the Trans-Siberian Railway accessible soon.