The fire that consumed several floors of the block of flats in the Dúbravka borough of Bratislava claimed the life of one inhabitant, aged 20, the Pravda daily wrote. 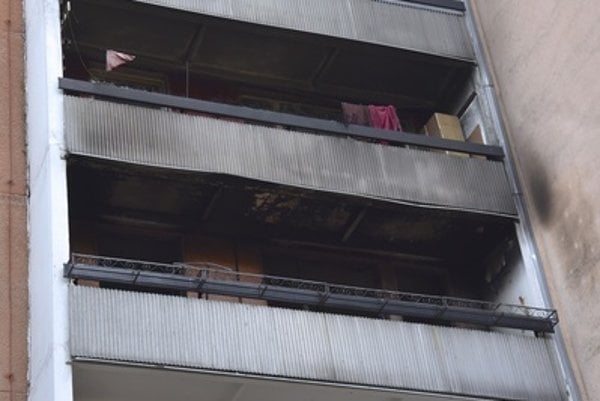 The block of flats in Dúbravka, destroyed by fire. (Source: TASR)
Font size:A-|A+

She was found on the staircase, probably suffocated in her attempt to flee the flames. Her boyfriend, two years older, is in an induced coma in hospital, and not in a stable condition.

The fire started on the evening of November 3, in the third-floor flat of a pensioner, aged 80. It spread over several floors, destroyed several flats and dozens of people had to be evacuated. Apart from the girl and her boyfriend, one more person was injured seriously, with five more being injured lightly. Totally, more than 20 people had to be evacuated and accommodated temporarily in the local community hall. Some of the tenants were allowed to return to their homes, but some will miss tap water and gas.

The fire spread quickly and the fire brigade had to use a platform to bring people out from the blaze, especially in higher apartments.

An expert on fire safety said a well-designed and secured escape route is crucial in such cases.

Although the cause of fire has not bee officially confirmed yet, tabloid media speculate that it was the All Souls’ candle that the pensioner lit and then fell asleep. It seems that curtains caught fire and then the flames spread over the whole building, up to the eighth floor.