The Habsburg imperial court belonged among the mightiest in Europe but at home, its position was not always easy. 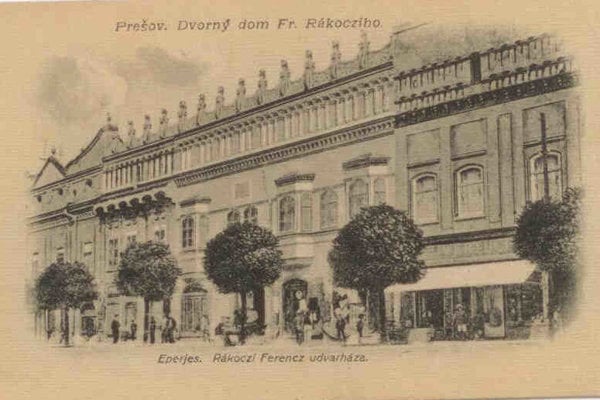 The Rákóczi House in Prešov (Source: Courtesy of B. Chovan)
Font size:A-|A+

Especially in the 17th century, it had to face rebellious Hungarian nobles. The south-eastern part of the monarchy turned into a bloody battleground for many years; there, imperial troops and rebels clashed. The names of families leading the insurgents are well-known: Bocskay, Bethlen, Thököly...

The Rákóczi family was also among the most powerful nobles, originally coming from Transylvania. They had strong ties to the eastern-Slovak town of Prešov. By the end of the 16th century, count Zigismund Rákóczi bought two neighbouring plots on the Main Street with burgher houses that stood on them. Zigismund had big plans with this property and soon after he launched a demanding reconstruction of both houses. The result was spectacular. In Prešov, a magnificent Renaissance palace grew that had no par in the whole of Upper Hungary.

However, the palace was more than just a sumptuous aristocratic residence: several important events took place here. Probably the most famous one came in 1633 when representatives of Emperor Ferdinand II and Görgy (George) I Rákóczi met here; the result was the famous Prešov Peace.

In April 1701, Ferencz (Francis) II stayed here – but in the role of a Habsburg prisoner. Authorities of the Habsburgs captured him after plans for another rebellion were revealed. Ultimately, the revealed uprising took place and the palace again became the residence of rebels for some time. However, this was the last starry moment of this mansion, as in 1711, authorities confiscated it for good. Since then, the owners have changed several times. Currently, the Regional Museum resides here.