Gašpar spoke with Kiska about the Gorilla case

The president was also curious about why nobody has been accused in the case yet. 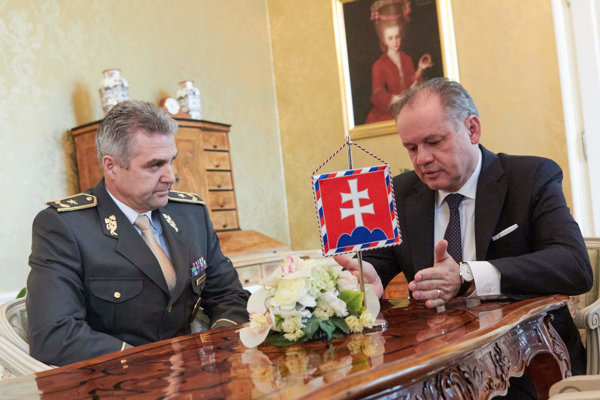 Police Corps President Tibor Gašpar met with President Andrej Kiska on November 7 to talk about the conditions surrounding the investigation of the Gorilla case, the Sme daily reported.

The meeting took place only a few days after Kiska met with Marek Gajdoš, who will soon leave his leading post of the team investigating the leaked document purporting to describe conversations covertly recorded by the country’s Slovak Information Service (SIS) intelligence service between 2005 and 2006 which suggest that corrupt links may have existed between senior politicians, government officials and business people.

Kiska called the case a weeping wound which decreases people’s trust in the rule of law.

“Instead of making a summary to say what we know and what do don’t, who has failed and who has succeeded, what is not working; there were media skirmishes and mutual accusations among the interior minister, the police president and the investigator,” Kiska said after the meeting, as quoted by Sme.

He also asked the police president why nobody has been accused during the five years of investigation. 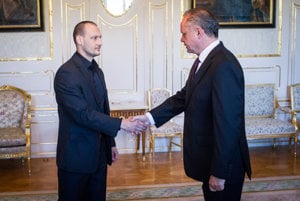 Read also:Ex-investigator: Most parts of the Gorilla case are true Read more

Though Kiska claimed he does not want to be a referee, he criticised the fact that Gajdoš could not talk in front of the parliamentary committee on defence and security, following the ban issued by Interior Minister Robert Kaliňák (Smer).

“The parliament should have heard all of the parties involved,” Kiska said, as quoted by Sme.

Gašpar said he has no problem with the summary of the investigation and wants to agree on it with investigators, including Gajdoš, who leaves the police at the end of this year.

As for not allowing Gajdoš to talk to the parliamentary committee, he claimed he was not responsible, as reported by Sme.

Only Kaliňák could allow him to speak out. His spokesperson Ivan Netík, however, told Sme that it is not possible to do so; he may only answer the questions of MPs police .

“The interior minister releases the police officer from the oath of secrecy only for the purpose of the criminal proceeding,” Netík said, adding that both Kaliňák and Gašpar have already been talking about preparing a summary of the latest results of the investigation.