Currently the only approved genetically modified plant in Slovakia is maize. 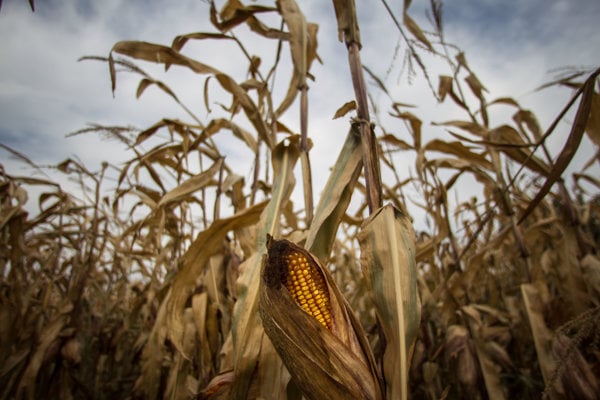 A ban on growing genetically modified organisms (GMOs) and their use in foodstuffs needs to get approval in Slovakia, according to the activists who handed in petition sheets calling for such action to the Agriculture and Environment Ministries.

The petition has been signed by more than 16,700 people from across Slovakia.

“A basic requirement [of the petition] is to approve a ban on GMOs in Slovakia,” said Daniel Lešinský of the petition committee, as quoted by the TASR newswire.

This is only the first point of a total of seven. Other points concern food labelling within the entire production cycle. This means not only as is the case now when a direct component has been genetically modified, but also if an animal from which a product, for example, milk, cheese or meat, has been produced, was fed with GMO fodder, Lešinský added.

“This currently isn’t the practice in Slovakia, but neighbouring Austria has already introduced labelling like this,” Lešinský said, as quoted by TASR.

The next important point of the petition is support for independent consulting.

“We don’t have independent consulting in Slovakia to advise farmers how to produce healthy foodstuffs without chemicals, residuals, water pollution and other negative impacts, such as on agricultural biodiversity etc.,” said Lešinský, as quoted by TASR, adding that it is mainly pesticide distributors that currently provide consulting services in Slovakia.

Head of the Agriculture Ministry's service office Jaroslav Regec said that the ministry welcomes the initiative.

“Minister Gabriela Matečná will meet members of the petition committee and the ministry experts to discuss individual points of the petition in detail on December 9,” Regec said, as quoted by TASR. “We’ll also take particular stances on them.”

Foodstuffs and fodder with a GMO component of over 0.9 percent must have this fact stated on the packaging, he added.

“This method of GMO labelling has been in effect for over ten years based on an EU decision,” Regec continued, as quoted by TASR. “The EU is probably the strictest in the world in terms of registering GMO foodstuffs.”

Maize is the only GMO crop grown in Slovakia, and permission for growing it will expire in 2018, he added.