IFF Bratislava focuses on City, Croatian films and the US election

The 18th year of the International Film Festival, Bratislava (IFF) brings an extra day, 26 more films and a host of guests and accompanying events. 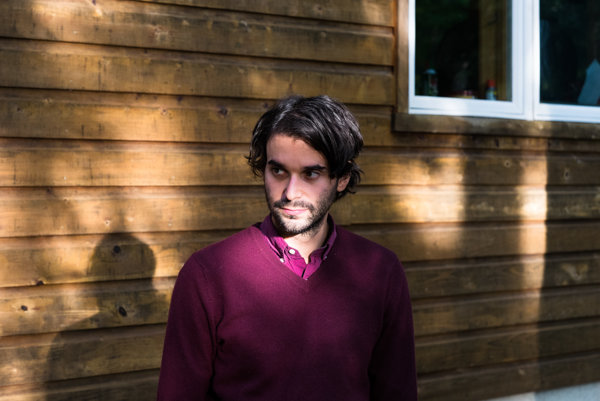 The main motif of the IFF Bratislava 2016 to take place between November 11 and 17, is the City; but the US elections and Croatian cinematography are also in focus.

The structure remains similar to last year, with three competitive sections (first and second feature films; documentaries, and short films) and review sections like Cinema Now, Europa and Made in Slovakia presenting the best movies of the current season, programme head of IFF Bratislava, Pavel Smejkal said. The strong sides of the festival are the special sections.

There will be about twenty filmmakers visiting the festival; among them US director Alex Ross Perry, Croatian actor Rade Šerbedžija whose first film as director, Liberation of Skopje opens the festival and Kurdish-Syrian director Mano Khalil who has a special connection to Slovakia: as well as the Prague academy, he also studied at the Bratislava-based Academy of Performing Arts.

Apart from Khalil’s movie Swallow, there will be other competing feature films, for example, Dogs by Bogdan Miricu.

The competing films will be assessed by fifteen jurors within five international juries.

The main theme section will present films revolving around cities, urban culture and life, from attractive pieces of life in a city, through portrayals of specific cities, to essays and experimental films. The climax will be, according to Smejkal, the film Aquarius of Brazilian director Kleber Mendonca Filho and the maker of musical documentaries, Vincent Moon, who offers short films from his collection Petites Planétes.

Another thematic highlight is the special mini-retrospective – time-determined – on the US presidential elections, from the Primaries (1960) through to a study on individuals in election rooms, War Rooms (1970s) to the Election Day (2007).

The leitmotif of the Lexicon section which strives to cast light on the craft and technology of cinematography throughout history is Colour. Short colour (not coloured) films from 1910s will be presented, as well as the cult movie in this regard, the Wizard of Oz (1939, Victor Fleming) and the Contempt (1963, Jean-Luc Godard).

The names and films that will attract audiences to the Bratislava cinemas Nostalgia, Mladosť and Lumiére are, among others, Pole Michal Marczak and his All These Sleepless Nights, Werner Herzog with Lo and Behold: Reveries of the Connected World and this year’s Cannes participants The Student }Russia|, and The Sun, the Sun Blinded me inspired by Camus’ Stranger.