In the case involving President Andrej Kiska's refusal to appoint a group of Constitutional Court (CC) justices and including their complaint; the president’s motion was delivered to the CC. 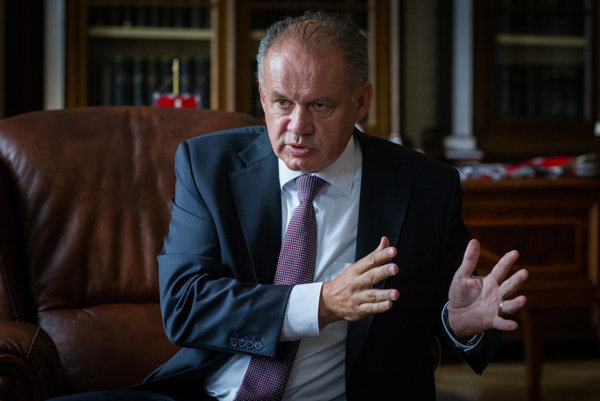 Kiska filed a proposal to launch a disciplinary proceeding against members of the first panel of the Constitutional Court; it was delivered to the CC in Košice on November 2, the TASR newswire wrote. The justices involved are Milan Ľalík, Marianna Mochnáčová and Peter Brňák, chairperson of the court, Ivetta Macejková, informed –without specifying the president’s reasons.

“On the same day (November 2), the CC also received as an addendum to the motion an objection of bias files by the Slovak president against members of the first panel,” s press release of the CC reads.

The first panel then accepted the complaint. Another refused candidate, Jana Lašáková, also filed a complaint in September; and her motion was accepted in October by the third CC panel. The plenum of the court then merged both cases through a resolution, for a joint proceeding within the first panel, TASR cited CC information.