In the upcoming days, Transport Minister Árpád Érsek is to sign the construction of the D3 highway section that will be as expensive as building a tunnel. He dismisses cartel suspicion and argues that nobody contested the tender. 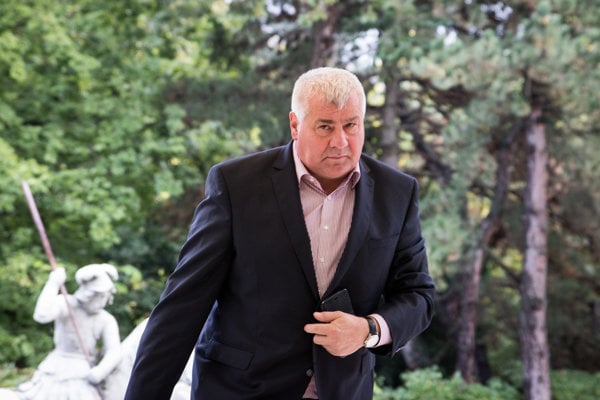 The D3 highway section Čadca, Bukov – Svrčinovec shall help the vehicle traffic to bypass the town of Čadca, the Denník N daily wrote on its website on November 10.

"People in Čadca and its surrounding are daily faced with a huge numbers of cars which complicates everyday life, and the construction of a highway has been much awaited for a long time," Érsek said on the same day. “This will solve this issue. I am glad that the building of this section will start soon,” he added, as quoted by the daily.

The highway stretch will be 5.7 kilometres long, and it will greatly help the region that lacks a highway. However, one issue stands out: one kilometre costs €42 million, the same cost for which one kilometre of tunnel is usually built. The terrain where the highway will be built is definitely not easy and bridges are included – but not a tunnel.

The state doesn't seem to be worried about these figures. “Construction will be launched after the contract is officially signed,” the National Highway Company (NDS) states on its website. “We will sign the contract with the winning tender next week [i.e. the week starting with November 14].”

The amounts mentioned in the case of the Čadca highway are not seen even in difficult constructions in western Europe, INEKO, the Institute for Economic and Social Reforms think tank wrote some time ago.

The extra money spent on the highway near Čadca will be missing later for building highways in other regions, or for repairs that may need to be delayed, Denník N wrote.

"The section from Čadca to Svrčinovec solves a critical transport situation in the centre of Čadca,” the Value for Money Initiative wrote through the Transport Ministry, when asked by the daily about the price. “Based on preliminary evaluation, the construction seems to be economically profitable; the higher costs are caused by the difficult terrain in which it should be built. In looking for better value for money, it will be necessary to assess in detail the components of the construction, including the complex junction, Podzávoz,“ ministry answered.

The ministry, led by Érsek, cites the fact that the price stems from a tender which nobody contested. The tender was organised by the transport minister of the second Smer government, Ján Počiatek. He launched three big tenders simultaneously, and the result is that the same companies participated in two of them, with prices being as close together as possible. The third one was entered also by Skanska, and the prices went down.

In the Čadca-Svrčinovec section, the cheapest bid (by Strabag) exceeded the limit set by state, considered a firm cap not to be crosses, by €40 million. NDS head Juraj Valent recently defended the Čadca highway, arguing that state was mistaken in its estimate.

Since the May tender, the state has had enough time to open a reserve tender – which could now be halfway finished, the Denník N writes, adding that it is questionable how the financing from EU-funds would turn out in case the tender was repeated.