A grand fir from a small Slovak village will be this year’s Christmas tree at the Grand Place in Brussels. 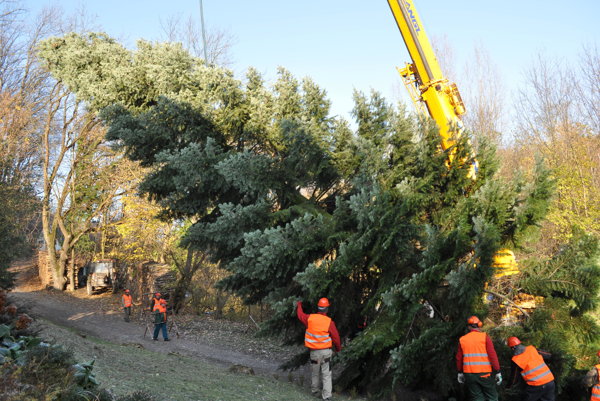 Cutting tree to be placed at the Grand Palace Square in Brussels. (Source: SITA)
Font size:A-|A+

An approximately 22-metre tall grand fir from the small village of Horné Orešany near Trnava will represent Slovakia at the Grand Palace in Brussels. The Christmas tree from Slovakia will be reminiscent of the country’s presidency over the EU council. Foresters cut down the tree on November 14 and it is expected to arrive in Brussels in the early hours of November 17.

The grand fir is the gift of the Horváths family. It has been growing near their family house for 36 years and its size was beginning to endanger the house and its inhabitants.

“This tree is representative; it has a great tree-top and regular shape,” said Marian Staník, general director of the state forestry company Lesy SR as cited by the SITA newswire. 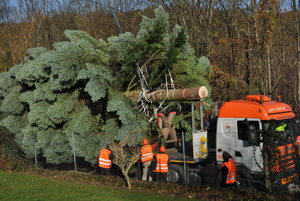 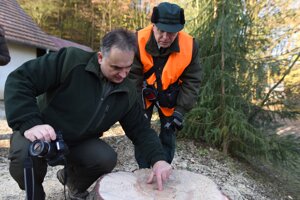 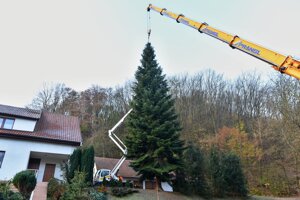 The fir from Horné Orešany “won” a competition for the Brussels Christmas tree when it was deemed to be the most favoured one out of all the trees ready for cutting. Representatives of the Brussels city council and the Slovak Agriculture Ministry also had their say in the selection process.

The grand fir is not native to Slovakia. It originates in Northern America and there are not many examples of it in Slovakia. It can grow as high as 40-50 metres.

Experienced sawyer Marek Gama needed only four minutes to cut the tree down but uploading the tree on a truck and binding its branches to the trunk took more than four hours. One of the conditions for transport was to make the tree-top 3.2 metre wide at the most. Only afterwards could the tree set out for its 1,200-km journey secured by transport companies LVD, LBT Trans and Universal Transport. It will travel via Bratislava, the Czech towns of Brno, Prague, Plzeň, Rozvadov and then via Germany to Belgium.

Placing a Christmas tree from Slovakia in the main square of Brussels was the idea of the Slovak Ambassador to Belgium, Stanislav Vallo. He already has some experience of placing Christmas trees in the squares of foreign cities, as Slovakia provided a Christmas tree to St Peter’s Square in the Vatican in December 1994.

The Slovak Christmas tree at the Grand Place will be ceremonially lit up on November 25.