Czech tourist dies after fall in the High Tatras

Mountain rescue warns about the winter conditions in the High Tatras. 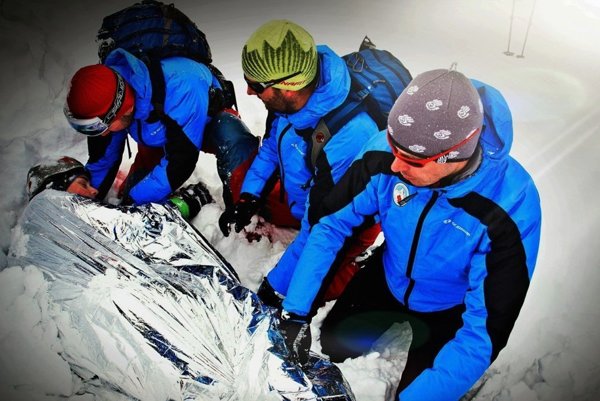 A Czech tourist died on November 12 in the High Tatras after he slipped on a rock under the Váhy saddle and fell about 200 metres. Mountain rescuers found him in a serious conditions. In spite of the fact that they transported him to the Popradské Pleso lake, the injured man died.

“Due to extremely disadvantageous conditions it was not possible to use a helicopter,” informed the rescuers as cited by the news channel TA3.

The trio of Czechs were hiking in an area now closed for tourists until mid June and from where they did not have a chance to return until after dark. The 41-year old Czech tourist slipped and fell tens of metres. Rescuers were informed about the accident on Saturday in the late afternoon. Due to the bad weather helicopters were not able to reach the injured man so rescuers had to reach the place by foot. When they arrived, the man was still alive but unconscious due to head injuries. At Popradské Pleso the rescuers handed over the injured man to a doctor but the injuries were so serious that he was not able to help him.

The Czech tourist is the 12th death in the High Tatras this year.

Despite this number the High Tatras were more merciful to tourists than last year but the year is not over yet. In 2015 as many as 23 tourists died in this area. So far in 2016 the number of deaths has decreased even though the number of tourists significantly increased but the number of common injuries remained unchanged.

Mountain rescuers have warned about difficult conditions and recommend that tourists behave as if it is already January.

“The winter has arrived much earlier; conditions at a height of 1,800 metres above the sea level are now the same as those experienced in winter,” warned Jozef Janiga, the director of the Mountain Rescue Service as cited by the SITA newswire, recommending that people plan hikes with early returns as the dark falls early at 16:30. “Certainly we recommend tourists to take sticks or climbing irons with them.”