Police do not confirm vote buying

Instead of Smer MPs, the police prosecute Roma from the village of Lomnička. 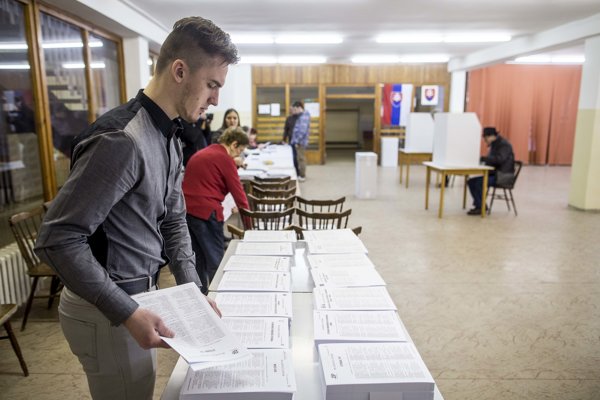 Smer MPs Stanislav Kubánek and Ladislav Chudík did not make the Roma people from the village of Lomnička (Prešov Region) vote for them in return for cigarettes, according to police investigators.

Instead, they charged five local Roma, who testified against the politicians, of perjury, the Denník N daily reported.

The investigation in the case started after public-service broadcaster RTVS published a report with Roma claiming they received cigarettes for giving their preferential votes to Kubánek and Chudík, who both refused such claims. The police however has ended the scrutiny recently, with Police Corps President Tibor Gašpar claiming that “no crime was committed”.

If there are any new witnesses in the case, the police are ready to re-open the investigation, Gašpar said.

In Lomnička, both Kubánek and Chudík received more preferential votes than PM Robert Fico. When confronted with a mediator, the Roma did not want to confirm the allegations about vote buying. Four of them even agreed to make a deal on crime and punishment for perjury, Denník N wrote. 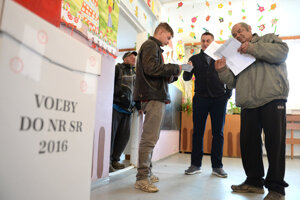 Though the Office of the Government’s Proxy for Roma Communities Ábel Ravasz said they are not responsible for investigating whether the crime occurred, he said they are ready to help if approached by the criminal authorities.

“Not only me, but also my regional workers who will visit the village of Lomnička, will be interested in the case,” Ravasz said, as quoted by Denník N.

The opposition party Ordinary People and Independent Personalities (OĽaNO-NOVA) meanwhile called on Kubánek and Chudík to give up their seats, claiming they gained them in a fraudulent manner.

“I call on the MPs who gained their votes in this way to give up their mandates, as they obtained them illegally,” said former government proxy for Roma communities Peter Pollák, as quoted by the TASR newswire.

The buying of Roma votes did not take place solely in Lomnička, but also in the village of Rakúsy (Prešov Region), said OĽaNO-NOVA chair Igor Matovič. The village is divided into two parts, with one half inhabited by Roma and the other half by non-Roma.

Fico posted an overwhelming victory in terms of preferential votes in the non-Roma area, while Kubánek and Chudík significantly lagged behind. Nevertheless, in the Roma part they gained many more votes than Fico.

“This evidently attests to the buying of Roma votes,” said Matovič, as quoted by TASR.

Gašpar however dislikes the criticism and turned to the General Prosecutor’s Office to check their statements, as reported by Denník N.

Smer meanwhile said it does not see a reason to sanction Kubánek and Chudík. The party claims that the opposition probably launched the campaign already before next year’s regional elections.