The ranking does not reflect the overall quality, but only compares medical facilities in Slovakia. 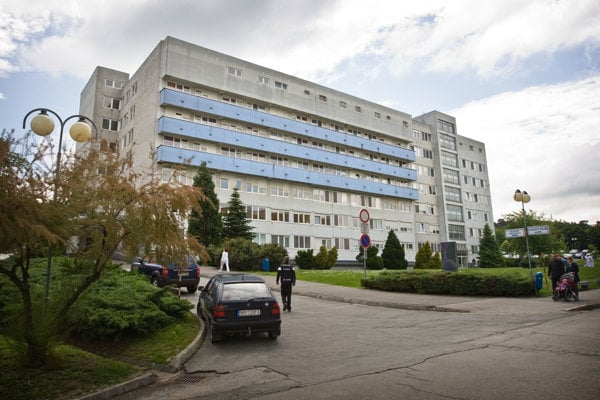 Altering the medical records of a premature baby or mass termination notices of certified anaesthetists are only two of the scandals surrounding the teaching hospital in Nitra that have been covered by the media in recent years.

But the facility is the only state hospital to be in black numbers and can also boast positive feedback from its patients. These factors contribute to making it the best hospital among the state-run, university and teaching hospitals in Slovakia, according to the 2016 ranking of the INEKO think tank.

“We cannot include in the ranking the scandals like altering records or lack of anaesthetists,” said INEKO analyst Dušan Zachar. The latter problem may, however, impact the hospitals' results next year.

Not a quality analysis

The ranking, however, cannot be perceived as a comprehensive analysis of the quality of health facilities in Slovakia. As INEKO also uses information received from various health-care institutions, it cannot guarantee the veracity of the original data. Yet the think tank tries to remove discrepancies that arise during the evaluation process.

Moreover, since Slovakia still has not launched the Diagnosis-Related Group (DRG) system, which classifies cases of hospitalisation into one of 467 groups, it cannot say how serious the diagnoses and health conditions of hospitalised patients (the so-called case mix) are. As a result, it may happen that the hospitals dealing with more serious cases may be at a disadvantage in the current ranking, Zachar admitted.

“Though the health insurers have some data, it is highly inaccurate, therefore it could not be used,” the analyst told The Slovak Spectator.

INEKO evaluated the hospitals based on four main criteria: the satisfaction of patients, the quality of health treatment, management, and transparency. These are then divided into 12 indicators, including the overall satisfaction of patients, the number of complaints, the number of repeated surgeries, total rehospitalisation, the death rate, fines from the Health Care Surveillance Authority, ability to generate their own resources and debts, and availability of information on the internet. For the 2016 ranking, the think tank used data for 2012-2015.