Warehouses, flats, and satellites of SIS are on the web; nobody deals with it

Freely available data reveal at least 17 buildings and five organisations that could be linked with the intelligence service. 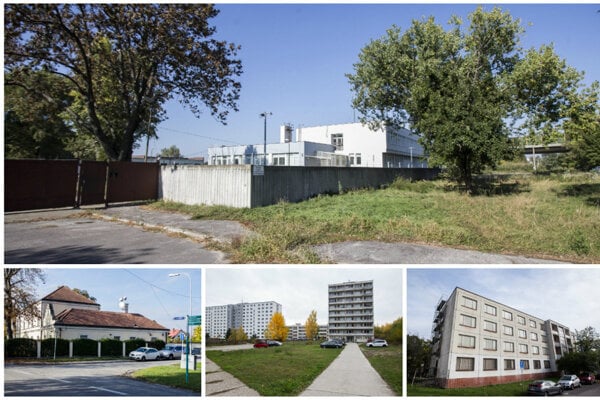 Some of the properties with links to SIS, addresses of which are freely available on the internet. (Source: Sme)
Font size:A-|A+

This article was originally published in the Sme daily on November 5.

A neglected four-floor apartment building sticks out among the reconstructed residential buildings near the polyclinic in Bratislava’s Karlova Ves borough. The windows have the original wooden frames and the façade hasn’t been renovated either.

In the past, this was the headquarters of the OTEX state company, a shop with clothes, as we are reminded of by the big sign on the building. The building is going to ruins, but the barred windows on the ground floor discourage thieves and homeless people from entering. Also, all the window blinds are closed, as if someone wanted to make sure nobody could see what happens inside.

That house is one of the at least 17 properties that, based on data from the land registry, belong to the state but are administered by five mysterious state budgetary organisations.

They have no website, there is no information about what they do and who manages them, they do not answer requests for information. The public does not see their husbandry, they do not publish their budget, orders, and invoices, or even the contracts they close; even though budgetary organisations are obliged to do so by law.