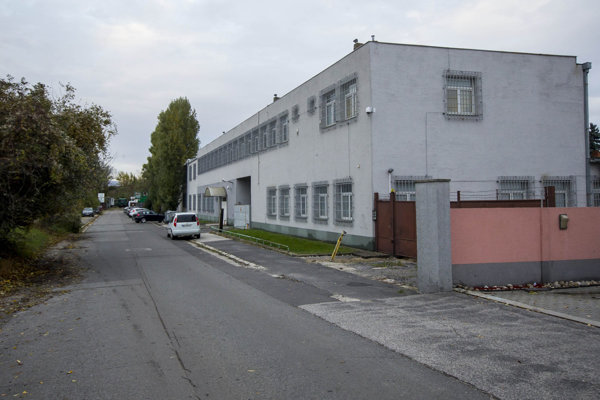 Following Sme daily’s major report on at least five budgetary organisations that reveal some properties belonging to the secret service, the daily continued presenting more information concerning additional, similar SIS-linked organisations and properties. The matter also made it to the respective parliamentary committee, but MPs failed to find any fault in the service’s conduct. Instead, they suggested journalists were wrong to write about it. 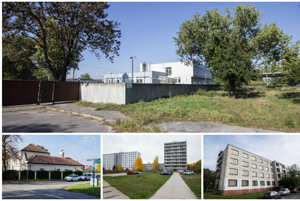 Read also:Warehouses, flats, and satellites of SIS are on the web; nobody deals with itRead more

One of the properties is an area on Kukučínova street in Bratislava’s Nove Mesto district, which based on the charges written against the former SIS director Ivan Lexa in the case of the kidnapping of Michal Kováč Jr, is used by the SIS. It is officially owned by a budgetary organisation named Educational and Information Centre of Methodology Research of Social Development. The building is not marked with the name of the organisation, Sme reported on November 8.

The educational centre is officially seated at Galvaniho 14 in Bratislava, and the same address is shared with another budgetary organisation, the Centre of Economic-Legal Advisory, founded on February 1, 1996. The latter organisation also own other offices and warehouses on the outskirts of Bratislava and two bigger houses in Košice, according to Sme.

Even though there is no exception in the law for organisations linked with secret service agencies regarding the publishing of their budgets and contracts, none of the five budgetary organisations that the Sme daily investigated in the course of 2016 publish such documents.

“We do not dispose with the data about the husbandry, founding, or cancellation of these organisations,” the Finance Ministry replied to the Sme daily.

The law on secret service allows SIS officers and collaborators to found and run cover subjects for the purposes of creating and preserving a legend. Such a cover subject could be a limited liability company, a joint stock company, or a budgetary organisation.

The SIS does not mention any budgetary organisations in its final account balance for 2013 to 2015. It is thus not possible to find out whether the organisations that the Sme daily found are included in the budget of SIS, or there is a parallel financial structure in the secret service that even the Finance Ministry knows nothing about, the daily wrote.

The SIS did not respond to the daily’s questions, which are guarantees for the public that the SIS did not create a parallel financial structure through its budgetary organisations that nobody knows about.

In the aftermath of the published report, the head of the parliamentary committee overseeing the Slovak Information Service (SIS), opposition MP Gabor Grendel, convened an extraordinary session of the committee on November 15.

“It is in the public interest to find out how the secret service can secure the protection of the identity of its objects,” Grendel said as quoted by Sme.

The Sme daily also supported its decision to publish the information it found about the SIS budgetary organisations with the argument that it is in the public interest. It took only a few hours to find those organisations and the properties they own, which poses a question how this information about the SIS is protected from the activities of foreign intelligence services. Also, it is not alright if these organisations do not follow the law and publish their budgets and other financial documents, Sme daily’s editor Jakub Filo wrote in his editorial piece on the topic.

“If these were classified facts, they would have to be protected from those who are not involved and from foreign power,” Filo argues. “But since the information about them is public and freely available, it is not possible that this is really protected information.”

SIS director Anton Šafárik and his deputy Tomáš Rulíšek on November 15 attended the parliamentary committee for overseeing the SIS, to verify that everything was alright with the service.

“The director guaranteed that the security interests of Slovakia are not and will not be threatened,” Grendel said following the committee session, as quoted by Sme. Journalists did not learn any more details about the session, which, by law, takes place behind closed doors.

The committee also dealt with the question of why the SIS keeps using organisations and properties directly involved in the kidnapping of Michal Kovac Jr.

“In some cases this cannot be avoided, we should change the laws,” MP Juraj Droba of SaS said as quoted by Sme.

SIS management, however, proposed a set of measures to the MPs in reaction to the information concerning its properties published by the Sme daily. The daily writes that the SIS head and his deputy allegedly complained to MPs about the journalists who published the information, and suggested the publishing of such information should be banned or punished in the future.

“I am sorry the representatives of the secret service tend to go against journalists,” MP Marosz said as quoted by Sme. “Instead we should go after the information that was published and not after those who reveal this information.”