TIS: One in eight Slovak households paid a bribe in 2015

One in eight Slovak households paid a bribe last year in connection with some public bodies, according to the Global Corruption Barometer. 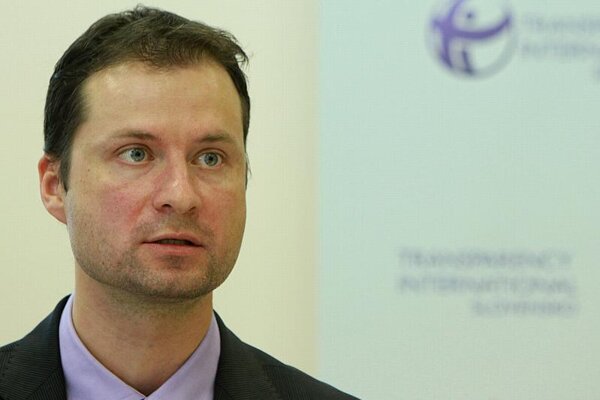 The survey was carried out by Transparency International among 60,000 people in 42 countries of Europe and Central Asia, the TASR newswire learned on November 16.

Slovakia placed as sixth worst place in the survey. The highest share of bribes in Slovakia is paid in health care (one in ten households), in acquiring official permits and in contact with the police.

Meanwhile, minor corruption is most rampant in Romania and Lithuania, with one in four households involved.

“Compared to other countries, Slovaks are not very determined to fight corruption,” Transparency International Slovakia director Gabriel Šípoš told TASR. Only one fifth of people who were affected by corruption last year reported it to the authorities.”

As many as 41 percent of Slovaks believe that ordinary people can hardly do anything about corruption, while the European average is 24 percent and only 7 percent of the Swedes share this view, for example.

Slovaks do not report corruption mainly because of fear of retaliation (27 percent), scepticism over achieving anything by reporting it (at 22 percent, the highest figure in Europe) and because it is difficult to provide evidence (19 percent).

“A recent study of judicial verdicts in Slovakia conducted by Transparency International revealed that half of the verdicts concerned bribes below €20, with mainly payers and not receivers of illicit money being punished,” said Šípoš.

The impunity of the so-called “big fish” is mainly due to political involvement and the untrustworthy leadership of the Slovak police and prosecutors’ offices, according to him.

The law on the protection of whistleblowers adopted 18 months ago seems to have had little effect. For example, 25 ministries and other major public bodies out of the 29 listed did not receive a single report from their staff on shady deals in the workplace, Šípoš added.