In response to the sale of young foreign wines in Slovakia, local winemakers have launched St Catherine’s 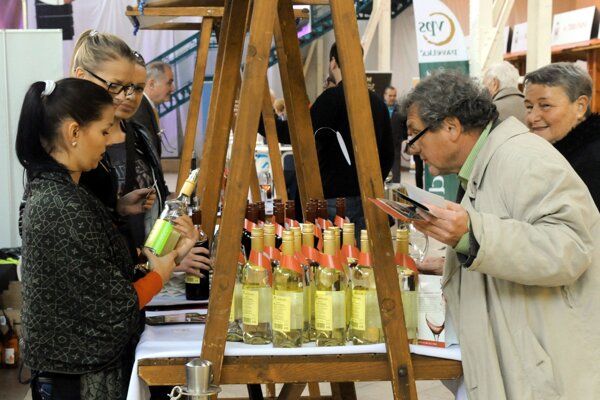 Just as France celebrates the feast of young wines with Beaujolais nouveau, so Slovaks are being encouraged to raise a glass of Svätokatarínske, or St Catherine’s. With the launch of this new wine brand, Slovak producers and sellers are responding to existing sales of young foreign wines here in Slovakia. Bratislava locals are able to taste the young Slovak wines at events in Bratislava and during the Small Carpathian Wine Route’s Day of Open Cellars.

“A group of wine experts came up with the idea of creating in Slovakia a feast of young wines and thus launched a tradition here similar to that founded in the Czech Republic over the last 10 years. There, they have named their young wines after St Martin,” Milan Kováčik, manager of Svätokatarínske Víno, told The Slovak Spectator. Since 2010, St Catherine’s wine has represented a new Slovak trademark of quality and tradition.

As Kováčik recalls, Slovak winemakers did not actually produce young wines before 2010. He adds that production of wines which are intended for consumption before the end of the year in which they are harvested differs slightly from the technique used to make other wines. These young wines were underrated, he says, and people did not know about them, so demand was lacking. As a result, winemakers traditionally sold young wine in the form of burčiak. This still-fermenting grape juice, which has relatively low alcohol content, is a speciality of central Europe and is sold in Slovakia as well as in the Czech Republic.

Slovak law allows the sale of young wine from the latest harvest from the first Monday in November (which this year fell on November 7), until the end of the same year.

Young wine in France and the Czech Republic

Beaujolais nouveau is annually released for sale on the third Thursday of November. In what is widely recognized as a successful marketing exercise, some French winemakers can sell all their production in one day, and the event has become a feast of young wines celebrated around the globe. This year it will fall on November 17.

In the Czech Republic, they seized the opportunity to celebrate young wines too, and launched the tradition of St Martin’s wines. To receive the St Martin’s trademark, wines have to meet certain criteria.

The St Catherine’s wine scheme works on similar principles. To be eligible to bear the St Catherine’s trademark, the wine must be produced from specific grape varieties, pass evaluation by a jury, and meet quality criteria. This year the jury evaluated more than 50 wines, of which 16 were granted the trademark.

“This year, 2016, in general favours young wines,” Tibor Vitter, wine expert and chair of the St Catherine’s wine degustation jury, told The Slovak Spectator. “Young wines of 2016 are characterised by fresh acids, significant primary aroma from the flower-muscatel of Müller Thurgau varieties, via the aroma of pear, up to the dazzling spicy tones of Muscat.”