Four little capybaras were born in the Košice Zoo at the end of October. 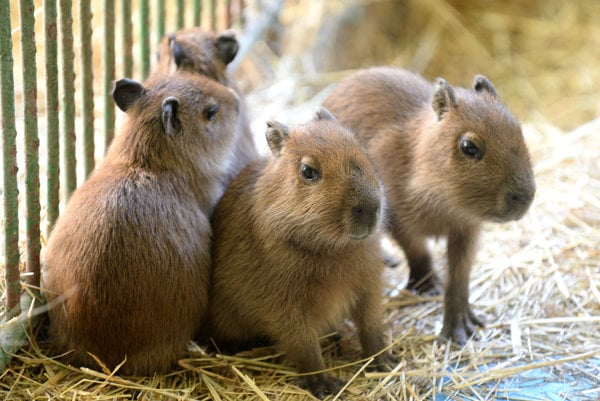 “The small capybaras are lively, they are doing well. Because it is winter, we are keeping them in their sleeping quarters. In the spring, they will come back to the upper pond in the zoo,” said the officer for education of theKošice Zoo, Vlasta Paľková, for the TASR newswire.

The capybara is the largest rodent in the world. It is a good swimmer and usually eats grass or vegetables.

“Small capybaras are born completely developed, so immediately after birth they are able to follow their mother. They seem like a copy of adult capybara just several times smaller,” explained the head of education and marketing department of Košice Zoo, Eva Malešová, for the TASR newswire.

Capybaras live in South America. And adult weighs on average between 30 to 55 kilograms, with the females being heavier. The Košice Zoo has bred capybaras since 2002. 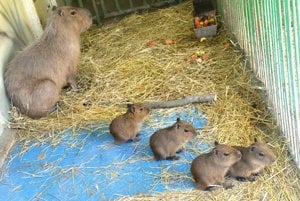 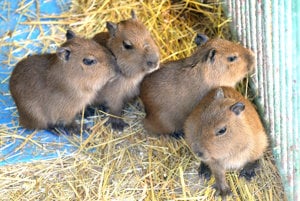 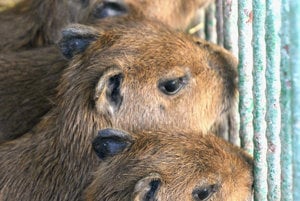