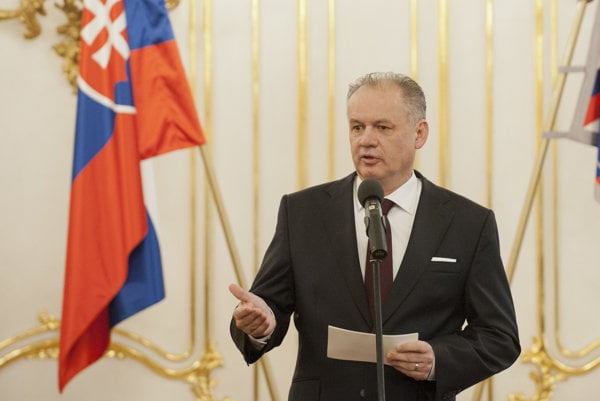 Slovak President Andrej Kiska hosted students and former political prisoners of the Communist regime in the presidential palace during the Struggle for Freedom and Democracy Day on November 17, 2016. (Source: TASR)
Font size:A-|A+

Slovak President, Andrej Kiska, considers the Struggle for Freedom and Democracy Day, November 17, 1989, the most significant day in the recent history of Slovakia when the twisted road to freedom ended.

“Freedom and democracy were obtained only through opportunity but since then we add content to these words every day, again and again,” said Kiska in a speech to students and educators, as quoted by the Sme daily.

Though Kiska conceded that many people are now dissatisfied, freedom and democracy allow them to replace that with which they are dissatisfied through election politics and government . In addition to the students, who are according to him, the real fighters needed for Slovakia, the president hosted former political prisoners of the Communist regime. 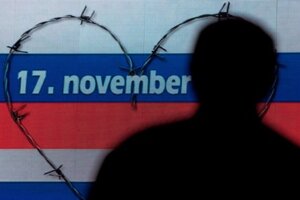 In contrast, Slovak Prime Minister Robert Fico took lunch with 17 university students in the dining carriage at the Bratislava main station. While two years have passed since the introduction of free trains as one of the measures of the Smer party's social package, this benefit for students and pensioners will remain in the future, Fico said.

“I consider the decision to allow students and pupils to travel by train for free to be one of the most social decisions which has been adopted in this area since 1989,” said Fico, as cited by Sme.

Vice-premier for Investments and Informatisation, Peter Pellegrini and Finance Minister, Peter Kažimír were present at the lunch too, Sme reported.