Market of industrial and logistics facilities in Slovakia develops well. 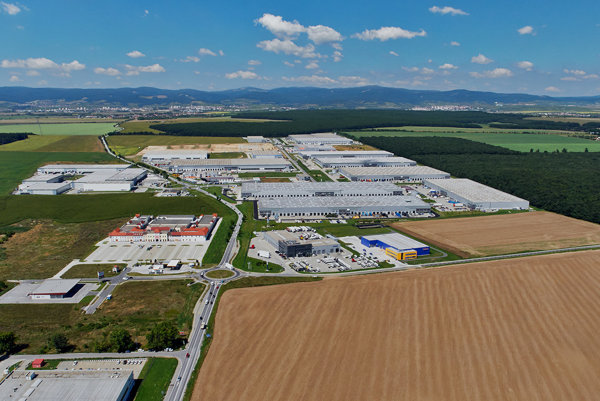 Strong economic growth exceeding 3 percent means the real estate market of industrial and logistics facilities is thriving and with Slovakia set to become home to a fourth carmaker that trend looks set to continue. While the vacancy rate was only around 3 percent in mid 2016, some parks report full occupancy without any expansion possibilities.

“The development in construction of new industrial and logistics space can be evaluated very positively,” Martin Hudák, senior consultant at the Industrial Agency of Cushman & Wakefield Slovakia told The Slovak Spectator. He cites the growing purchasing power of consumers and the automotive industry as behind these favourable developments.

While construction of a new plant for the British carmaker Jaguar Land Rover (JLR) in an industrial park close to Nitra started in mid September, the market is still waiting to see which suppliers JLR will choose. Tomáš Horváth, head of industrial and logistics premises at Colliers International in Slovakia estimates that some 280,000 square metres of warehouse space is at stake.

“Existing and planned parks around Nitra are awaiting the next developments as well,” said Horváth, adding that this situation is dramatically increasing the price of land and future rental rates in the region.

This higher demand for logistic and industrial space encourages speculative (meaning without pre-lease contracts) development by investors, especially in Senec and Žilina.

“Some parks such as in Lozorno or Malacky are starting to encounter full occupancy without any extension possibilities and thus new development is planned mainly to fill the gap of available “A” class industrial properties in Bratislava,” said Horváth, estimating speculative construction accounting for as much as half of the current construction in Slovakia.

Horváth expects that construction of built-to-suit logistics and industrial space will continue, but it is hampered by the differing expectations of clients, developers and their financing banks. Rental contracts in logistics oscillate between one to three years, which do not fall within the expectations of banks and funds that finance developers. They expect long-term contracts, i.e. between five to 10 years.

Some of the biggest challenges currently, however, include the lack of qualified labour and increasing wage costs in the CEE region.