A Slovenian pilot examined the impact of carbon in the atmosphere. 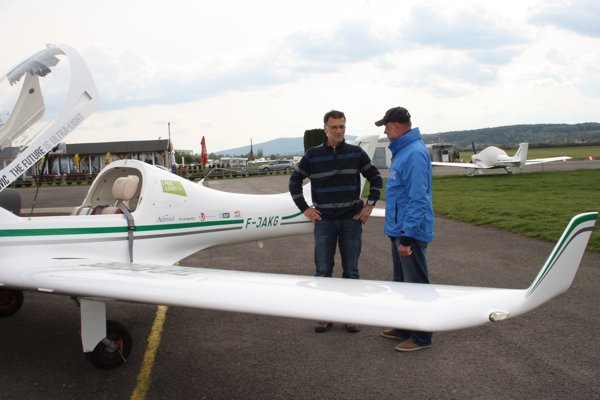 A Slovenian pilot has flown around the world in an ultralight plane produced in Prievidza (Trenčín Region). The journey took 28 days and it started and ended in the town of Portorož in Slovenia, the public-service RTVS reported in late April.

Matevž Lenarčič chose the plane produced by the Prievidza-based company Aerospool mostly for its speed and low fuel consumption.

“You can fly around the world in different ways, but we decided for Dynamics, and do not regret it,” Lenarčič, who examined the impact of carbon in the atmosphere, told RTVS.

The two-seat Dynamic plane is six metres long, while its wingspan reaches nine metres and its weight is 300 kilograms.

It had to be adjusted before the journey, with its fuel tank being expanded to 380 litres. The advantage of the new engine is that the consumption is 20 percent lower, about seven litres per 100 kilometres, said Ján Hrabovský, head of Aerospool Prievidza.

Lenarčič said he flew 4,000 kilometres across the Atlantic and still had enough fuel for about a five-hour journey. The plane managed to fly for 22-23 hours non-stop, he added for RTVS.