The halls are situated close to the container transshipment point of Metrans. 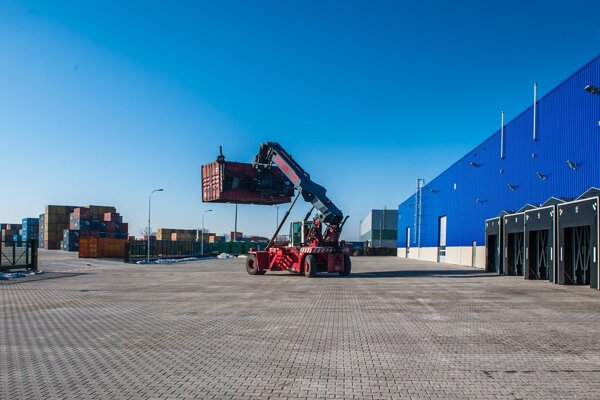 “We started the construction of the second phase of the logistics centre in January, while the new warehouse with a capacity of more than 10,000 pallets and a total area of 7,200 square metres should be completed in late summer,” Tibor Majzún of Cargo-partner said, as quoted in the press release.

The halls are situated close to the container transshipment point of Metrans, which is directly connected to the ports in Hamburg, Bremerhaven, Koper and Rijeka. As a result, the cargo does not have to be transported to the warehouse by trucks.

“Our logistics centre is directly linked to the container terminal and the current cross-dock hall has nine gates to which the containers can be moved directly from the trains to be unloaded,” Majzún added.

Cargo-partner invested altogether €3 million into increasing the capacity of the Dunajská Streda centre.