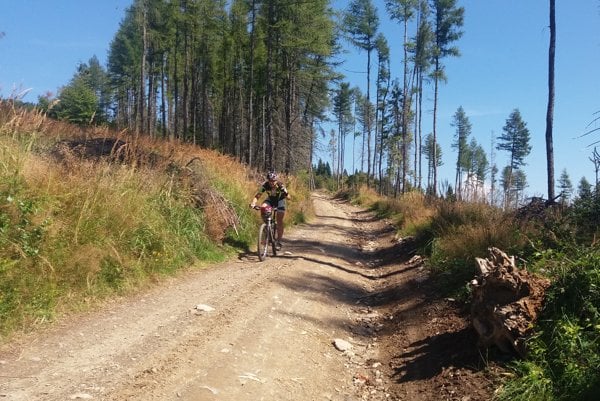 I am constantly surprised how some businesses or managements survive.

The view from Skalisko in the morning was beyond words. So I won’t waste your time.

But beauty on a scale that can’t be photo’d – we tried and failed. Lots of times. We were the highest things for many many miles (or many 1.6 kms, if you speak metric) around. Truly a 360º view – spectacular. Possibly, the highlight of the trip so far. It has to rate as one of the best views in Slovakia and it is relatively easily to get to: just 26 days walk from Bratislava. 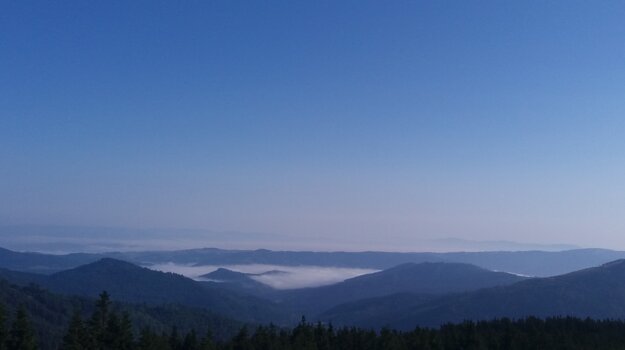 The route here defies prediction, it is impossible to guess where the walk will go next. But it, luckily takes into account my age and weight, and avoids going up and down unnecessarily, we didn’t look down from the top of a hill all morning.

We joined a mountain bike race, and were 32nd, 33rd, 34th and 35th as we crossed the checkpoint. Not bad for people with rucksacks and a distinct lack of bikes. We watched the racers pass us at speeds that defied sense. Most of them spoke except the ones who were too scared to think of anything else but the trip to hospital if they made a mistake.

The beetle had visited this part of Slovakia too; therefore, we were thankful for the race organisers as they had marked the path with ribbons. All of the trees had died: no trees, no signs. We didn’t get lost, so a big thanks to Smolník mountain bikers. Because of the sad lack of trees the views were excellent – but the actual route a little depressing. Soon all of the trees will be gone.

We arrived in Štós Kúpele, through a fairytale forest, a spa consisting of multiple hotels under common mismanagement. In a pretty, steep or actually a pretty steep valley. We had spent the last five days trying to confirm our reservation. But all we had learned was that our call was important to them. Not, however, important enough to be actually answered. Still maybe calling during business hours for 5 days at random times and holding for ages is not the best strategy to get through to a place. I probably don’t understand hospitality.

When we arrived there was no room at the inn. There were empty rooms, a lot of them. But we had stupidly arrived on a Saturday night, and according to long standing procedure rooms vacated on Saturdays or Sundays are not cleaned till Monday. Truly and utterly bizarre. So the empty rooms have to remain empty. 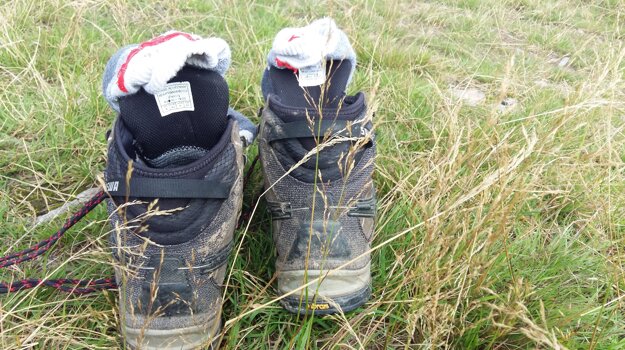 There is … a pension … in (New) Smolník (please read to the tune of House of the Rising Sun). We went there by bus, they answer the phone. We found the place easily as the owners were waiting outside for us. We ate, as the owner cooked for us, a service not usually provided, but there was nowhere else to eat, 8pm food cut off, so she kindly cooked. They had made up a room especially to take the four of us. All of this and they had a family party going on. The name of the place is Penzión Marianna, an amazing building, there is hope after all.

General comment: Štós Kúpele – my legal team wouldn’t allow me to publish what I wanted to write
Smolník – just down the road a beautiful place
Finally – we have climbed the Olympus Mons the highest mountain in the Solar System - @22km.
Lee way given because of the difficulty in measuring its actual height. I know we climbed it yesterday but I couldn’t resist Ďumbier exactness.