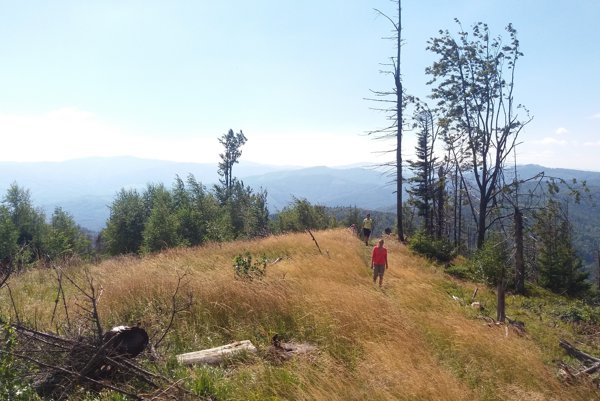 Because we were dead, we needed a rest day and then the weather forecast said it was going to rain the day after that, so we decided to have two rest days. Tourists in Košice, then we used the bus to get back to the starting point. In the end we stayed in Košice for four nights and used the most excellent local bus network to facilitate our walk. We walk faster without rucksacks, but stop more often it seems. Taking time to smell the roses. But as we go faster, we sweat more so we smell just the same. Our apologies to any eastern Slovak bus passengers effected.

The bus ride to back Štós Kúpele was unremarkable. We spat when we got off, just to register our ongoing disgust, then set off. The rain had finished. Or our weather site had said so. Beautiful sunshine for the foreseeable future – it said. Unfortunately, no-one had told the storm that is was supposed to be somewhere else. Maybe it missed the bus or the memo. But either way it pissed down on us all morning. So, while I am sure it was beautiful, all we saw, through the rain was the sodden rain soaked muddy ground in front of us. No conversation, no jokes, no photo opportunities – just rain by the bath full.

We are still debating the waterproofness of our waterproofs– rain or sweat, a tricky question. We will do a controlled test in the shower at home.

I think the rain was punishment for spitting!

By lunch time and the peak at Kloptaň the sun had appeared – a new location for the storm had been found. So we stripped off, hung our wets in the wind and had lunch. We hadn’t seen any other walkers for days, so little chance of being disturbed. Not that we were indecent – just, let’s say – not necessarily fashionably attired. 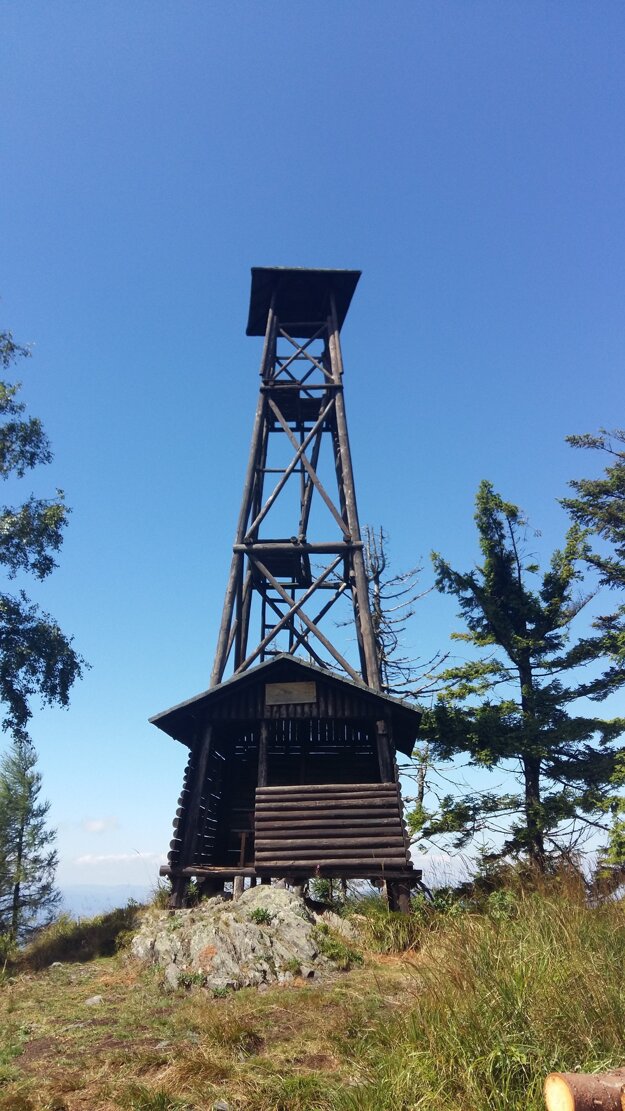 Possibly criminally, we picked, what we guessed were the last blueberries we would encounter – we are losing altitude every day. So no more altitude sickness. We also lost the signs, they are bright red and painted on big trees, but we still mislaid them briefly. However, we had learned our lesson from previous incidents and didn’t walk too far before sending out scout parties to find the missing signs. The going was easy and we make good time while walking. But as is our modus operandi (getting carried away with the Latin) we stop a lot. Hey, it is supposed to be fun.

They say the East is wilder – it may be. But in our experience it’s definitely longer: 27km, views to view, scenicfulness to scenicful but we also had the last bus to catch. They don’t run every 20 minutes from Zlatá Idka. So we had to force march a little. I guess things were different when the gold was coming out of the ground. But now the shop has closed, the pub has closed: things must be bad. I guess it has become a weekend village. Luckily this isn’t Wales (cultural reference – look up Burning Welsh Holiday Homes). We were lucky that there was a bus at all.

Back to Košice – this walking thing can be hard.

General comment:
A quite unexpected shower.
Cheating again.
We have climbed a long day’s walk! Does anyone even read this bit?