Slovaks believe more in the European Union compared to last year, improving the most in the EU. 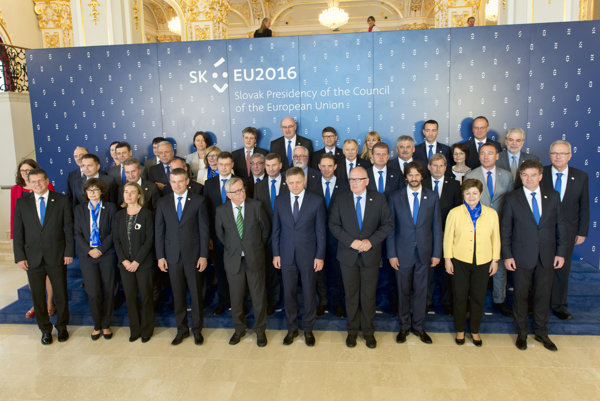 As many as 54 percent of Slovaks, up by 6 percentage points year-on-year, believe that the country’s EU membership is beneficial for them, a Eurobarometer survey published on November 18 has shown. The yearly boost of positive views of the EU in Slovakia represents the highest increase among all EU member countries. Slovaks praise the EU mainly for new job opportunities.

The common European currency, the euro, appears to be the key element of the European identity in Slovaks’ view, with 57 percent stating so.

At the same time, 51 percent of people in Slovakia believe that the things in the EU are going in a wrong direction, while the EU average in this regard is 54 percent. As many as 58 percent of Europeans polled think that things are going for the worse in their own country; in Slovakia, 57 percent think so. However, Slovaks also think that the situation is getting worse in their own country more than in the Union as a whole.

Europeans have the impression that the importance of their vote is declining: only 53 percent of those polled in the EU are convinced that their vote matters in their own country, while 54 percent of Slovaks think so.

In the EU, 60 percent think that their country profits from the membership in the EU; in Slovakia, 79 percent of respondents think so.

More things connect us than divide us, agree 71 percent of Europeans and 78 percent of Slovaks, according to TASR.

The survey was made between September 24 and October 3, 2016 – i.e. during the Slovak presidency of the Council of EU.