Kaliňák submits material for review over involvement with Bašternák case, although some documentation missing; Fico dismisses allegations against Kaliňák. 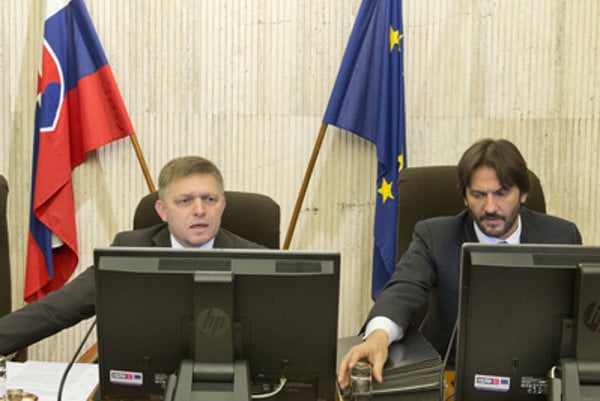 In the highly publicised case involving contacts with businessman Ladislav Bašternák, Interior Minister Robert Kaliňák has sent materials regarding his ownership relationship with the B.A. Haus company to the parliamentary committee for reviewing the incompatibility of positions. Despite missing documents, the material might help the committee make headway in its decision-making, committee chairman Martin Poliačik (of opposition Freedom and Solidarity/SaS) told the TASR newswire on November 19. The committee is set to deal with the issue at its session next week.

The committee head wanted to know the nominal value of shares that the minister has bought and a separate sum concerning proprietary rights, i.e. liability that has been transferred to him. “We need to learn the company’s liability vis-à-vis shareholder Robert Kaliňák based on its financial records,” Poliačik explained. “This is the only document that would help us separate the value of shares that have been bought by Mr. Kaliňák from the liability that he has taken over in this way. We must separate these two things in order to be able to judge the sum of proprietary rights that should have been stated in his property declaration.”

In October, Kaliňák promised to supply these data soon in a letter. Some MPs praised the minister’s efforts to cooperate with the committee at that time. 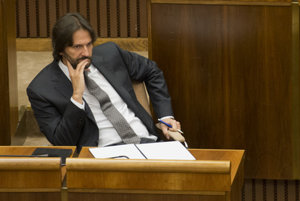 The committee has been dealing with the issue based on a motion filed against Kaliňák by Veronika Remišová (OĽaNO-NOVA) and Ľubomír Galko (SaS) that was aimed at looking into suspicions that Kaliňák failed to file complete property declarations for 2013, 2014 and 2015 as required by the law from the holder of his post.

Kaliňák bought a stake in the firm from tycoon Ladislav Bašternák who is being investigated for VAT frauds, the Sme daily wrote.

Prime Minister Robert Fico said that he has no reason to dismiss Kaliňák.

“There is no evidence,” Fico said, as quoted by TASR. “There’s nothing that would justify taking up a critical position against Robert Kaliňák. He’s the best minister that Slovakia has ever had. I’ll never follow the principle that beause the media write something, I sack somebody and then things turn out to be completely different.”

Fico highlighted Kaliňák’s public administration reform and the fight against crime. According to him, the minister has improved the status of the Police Corps and helped fire-fighters, and Kaliňák enjoys his absolute trust. He also said that Kaliňák’s departure is no longer an issue within the ruling coalition whose members see no reason for dismissal. “This issue has thus been ultimately closed within the ruling coalition,” PM said, adding that “this issue has never been a subject of discussion, as we’ve sufficiently proven that the whole case was fabricated in order to attack a very important person in Smer, Robert Kaliňák, and to damage Smer.” 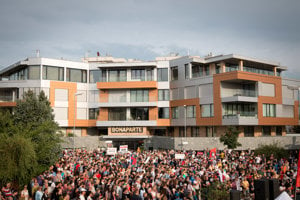