From selling novelty soap to help a disabled brother to a practical use of technology, three youth of outstanding initiative won the LEAF awards. 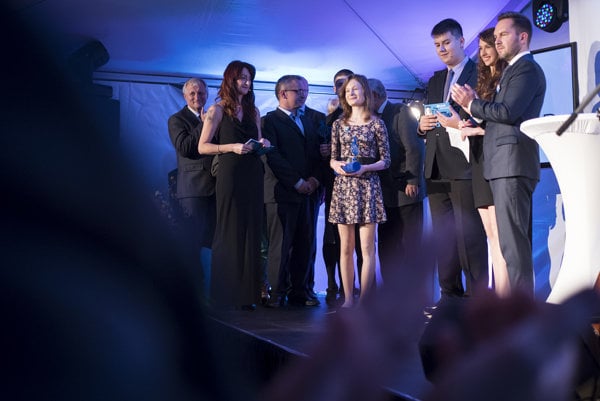 At an annual ceremony on November 12, 2016, the LEAF non-profit organisation awarded outstanding youth who are active, fulfilling their dreams and helping those around them. For the second consecutive year, the awards – together with opportunities within the programme of actual support – went to three people aged between ten and sixteen who have interesting projects, ideas and creativity. Not just the current winners, Valentína Sedileková, Matúš Pokorný and Dominik Caban, were presented at the gala evening but also a follow-up of last year’s winners, Jozef Tanzer, Dominika Geregová and Ondrej Vrábel, co-presenter of this year's ceremony. The musical guest of the evening was the band Tolstoys whose leader is also a student of the LEAF Academy.

The 2016 laureates have very interesting stories: Valentína Sedileková, aged 16, published a fantasy book Pokrvní, the first part of a trilogy, her biggest success. She has already won top places at literary competitions, writes a blog, and is part of the editorial staff of a student magazine G-life.

The youngest laureate, Matúš Pokorný, is only nine. He got the award for his project of selling soap with toys hidden inside to help finance the sanitary and health-treatment needs of his brother, ill with Poliomyelitis-caused spastic quadruple paralysis. He has a specific idea for a business plan – and also about how to use the money, not just for his brother, but also for other children with similar needs.

Dominik Caban, aged 15, got the LEAF Award 2016 for his current project, a fountain based on the principle of streamline-flow of water. His story shows stamina, an enterprising spirit, and deep interest in the practical use of technology knowledge in modern life and the environment, according to organisers.

The gala evening, taking place in a tent adjacent to the building of the LEAF Academy, also presented several initiatives and regular projects connected with LEAF, involving volunteering professionals, tutoring of teachers and teaching, as well as the LEAF Academy itself. 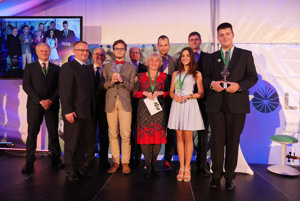 LEAF is a non-profit organisation established in 2011, aimed at increasing the quality of life in Slovakia through educating young people, supporting their professional and moral qualities, as well as seeking cooperation with other organisations.

Its award, called symbolically Makovica / Poppy-head (meaning Good head in Slovak) is meant for those youths aged 10-16 who stand out among their peers with good results in education, business projects, non-profit projects or future projects. There are two rounds of selection, and the best of them launch a one-year individual “individually tailored” development project worth €3,000, €6,000 and €9,000.

In this second year of the award, the jury was composed of sociologist Martin Bútora, vice-president of the Association of Automotive Industry Peter Irikovský, manager and partner of LJR Capital, Rector of the Slovak Univeristy of Technology in Bratislava Robert Redhammer, co-founder of the 1st Private Secondary Grammar School in Bratislava and it headmistress, Mária Smreková and Student of King’s College London (former participant of LEAF Summer Leadership Camp) Kristína Uličná.