Job cuts at VW should not affect Slovakia

VW'S Bratislava plant is looking for hundreds of employees. 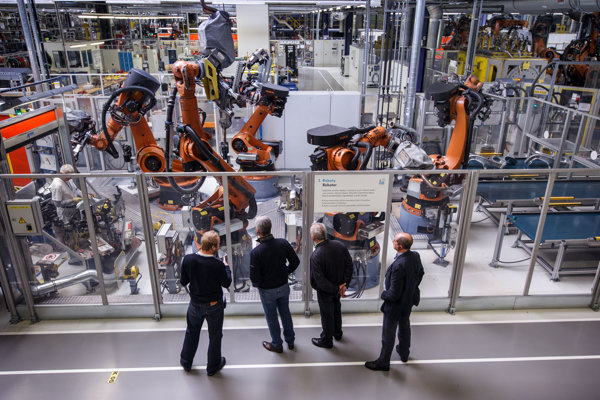 The German carmaker Volkswagen, hit by diesel gate, is going to cut as many as 30,000 or 15 percent of jobs to save about €3.7 billion. Most of the job cuts are going to impact German workers while the Slovak arm of the carmaker, Bratislava-based Volkswagen Slovakia, is looking for new employees.

VW in Slovakia already employs about 10,800 people. Currently the company is building an assembly hall and body shop for Porsche cars and a logistics centre and thus it is obvious that the number of employees would increase.

Elimination of jobs at VW should only affect those plants producing VW models but not those manufacturing other car makes belonging to the German concern. The country to be most affected by the saving measures will be Germany. Jobs will also be cut in both North and South America. In Slovakia, VW manufactures as many as five makes of car.

Boris Tomčiak, analyst with Finlord, indicates that the saving measures are not classical lay-offs, as the carmaker has promised not to oust people until 2025.

“It means that when an employee retires or gives notice, he or she will not be replaced by a new worker,” said Tomčiak.

Volkswagen is in a paradoxical situation. While it has become the biggest car seller in the world this year, its profit has decreased due to the cost of billions of euros linked to diesel gate. The summer conflict with two suppliers also cost it some hundreds of millions of euros.

“Optimising wage costs is a logical step, which will help the company in the long term,” said Tomčiak as cited by the daily.

In terms of its car production, Volkswagen wants to increase its share of electric cars. However, fewer workers are needed for production as such cars are assembled from fewer components than are used for combustion engines.