Use of water in some regions has decreased to a hygienic minimum. 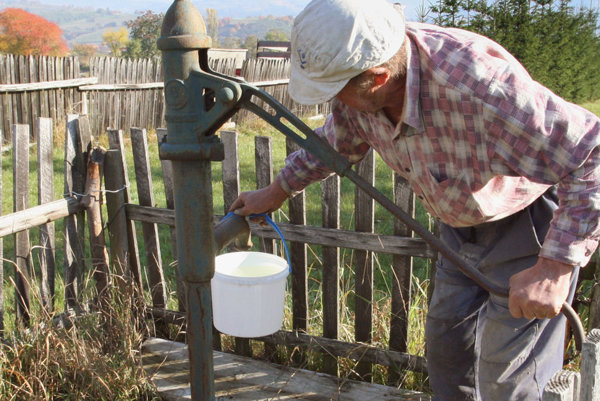 As of the beginning of 2017, people who are connected to the national water network will have to pay a new tariff. Due to the new tariff system, water prices are set to significantly increase, even for those who use very little.

“We consider the fixed tariff to be a negative step because people who have chalets or use water minimally will suffer,” analyst of F. A. Hayek Foundation Martin Lindák told The Slovak Spectator.

The Bratislava Water-management Company (BVS) introduced this change in early October claiming that it is following the new rules of the Slovak regulation authority, the Regulatory Office for Network Industries (ÚRSO).

With the new system in the pipeline, The Slovak Spectator took a look at water prices in Slovakia and who makes money from its distribution.

In most cases water-management companies are owned and controlled by local municipalities. However, there have been several cases concerning private firms, even from abroad, indirectly privatising water companies, which have resulted in political scandals.

Read also:Chemical time bomb in Vrakuňa still ticking Read more
Sorry, you have just exceeded the allowed number of devices
This subscription grants access to the locked content of Spectator.sk and SME.sk for only one person through a maximum of three different devices or browsers.
To continue reading the article on this device, please update the list of devices in the profile settings.
Administer devices
You can read everything about device settings here.