Kiska wrote asking to remember past precedence in order to overturn the Mečiar amnesties. 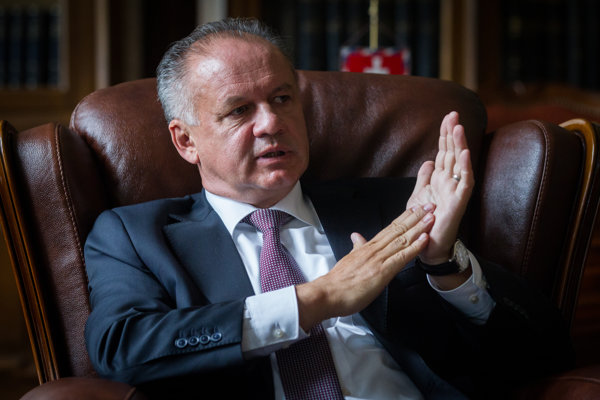 In the re-opened debate concerning the disputed amnesties of Vladimír Mečiar, President Andrej Kiska wrote a letter to MPs. In it, he asked the lawmakers to cancel them, so that criminals involved in crimes dating back to 1990s can be punished.

Recently, MPs received already a seventh motion at scrapping the controversial amnesties issued by erstwhile prime minister Vladimír Mečiar when he was acting president in 1998, the Sme daily wrote on November 22.

MP Ján Budaj (of opposition OĽaNO movement) on the anniversary of the 1989 revolution, November 17, called on Prime Minister Robert Fico of Smer to deal with the motions to cancel the amnesties. He proposed this for a second time in this election term alone, last time being in April 2016. As it is a constitutional law, Budaj would need the support of at least 90 out of the 150 lawmakers in parliament. The opposition would thus have to unite with the governing coalition – which is not probable even shortly after the recent death of ex-president Michal Kováč who "reminded us of his political and personal struggle with the then ruling power for the future of Slovakia", Kiska wrote, asking for a matter-of-fact and accommodating discussion. Kováč was an arch enemy of Mečiar, refusing to serve the latter’s HZDS party, and attempts to make him bow down included the abduction of his son, Michal Kováč Jr., to Austria, and the ensuing death of the man connected with the abduction; neither of these crimes have ever been duly investigated, or the perpetrators punished.

Coalition partners are against

However, the ruling-coalition member, the Slovak National Party( SNS) has been against the scrapping in the long term, while the main ruling party, Smer (both former coalition parties of Mečiar and HZDS), sees formal condemnation as sufficient, as scrapping amnesties is allegedly not possible from a legal standpoint.

Kiska’s letter coincides with the parialimenatry session meant to discuss the draft bill of the constitutional law meant to scrap the decision on amnesties, the president’s spokesman Roman Krpelan informed the SITA newswire. In the letter, Kiska also recounted that the parliament has already passed amendments to the Constitution and Criminal Order whose goal was to prevent similar decisions in the future. “In other words, the supreme law-making and constitution-making body in the Slovak republic acknowledged the legal, and thus also moral twisted, nature of these amnesties,” the president stressed, according to SITA.