Kiska and Hollande agree that enthusiasm in Europe must be restored 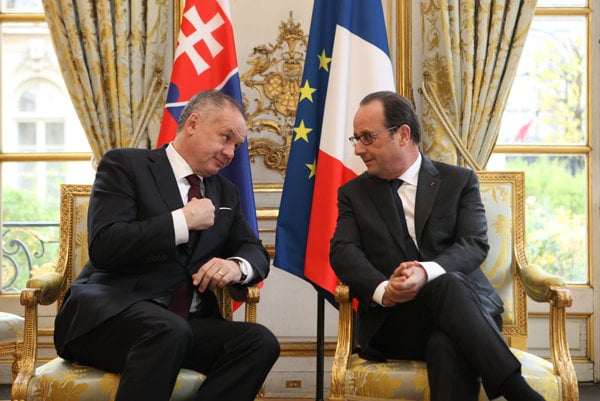 It is of utmost importance to give hope to the younger generation in Europe and to restore enthusiasm for Europe as a whole, a task that should fall to EU leaders, French President Francois Hollande and his Slovak counterpart Andrej Kiska concurred at the Elysee Palace in Paris.

The meeting took place as part of Kiska’s official two-day visit to France held on November 21 and 22.

The presidents agreed that the future lies in a strong and united Europe.

“The EU is a solution to many problems that plague us today,” said Kiska, as quoted by the TASR newswire, underlining that Europe needs empathy and mutual understanding in order to overcome its current problems.

To Slovakia, France represents not only a pivotal partner country within the EU, but also a friendly country that had a strategic importance in the formation of the contemporary Slovakia from the outset. He stressed that it was Paris where the creation of the first Czechoslovak Republic began to acquire more specific contours a century ago. 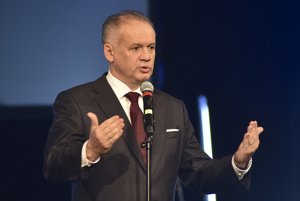 “One hundred years ago, it was our compatriot Milan Rastislav Štefánik who secured the first international success when he was met by the French prime minister,” said Kiska, as quoted by TASR. “So, Paris and France also form part of Slovakia’s history.”

Hollande also praised the level of ties between the two countries, claiming that he sees room for more French companies to set up operations in Slovakia in the near future.

“By creating new jobs, they will also contribute towards the goal that France pursues in the entire EU – reducing unemployment among the young," Hollande said, as quoted by TASR.

The French president believes that the EU should not only meet the plan set by the September EU summit in Bratislava, but also come closer together in terms of protecting its external borders and fighting terrorism.

“This means not only preventing terrorist attacks via a closer linkage of information between countries, but also by paying close attention and responding in unison to what is happening beyond the borders of the EU: in Syria, Iraq, Libya and the African continent,” Hollande added.